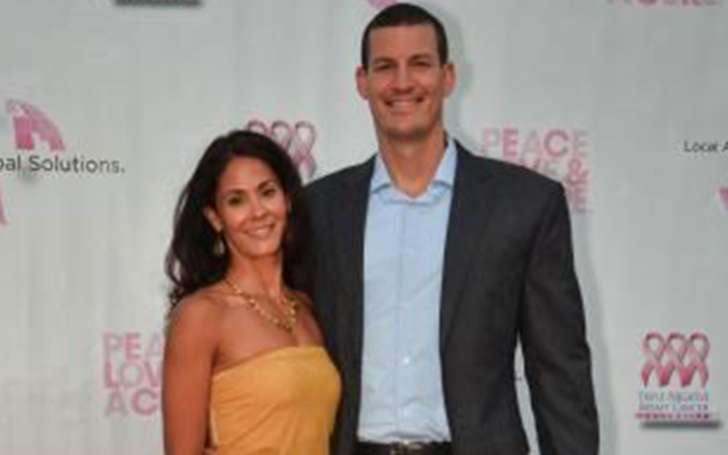 Tracy Wolfson is a two-time Emmy-nominated sportscaster for CBS Sports. She has been working for 13 years with the network. Now, she serves as a lead reporter for the NFL and host Thursday Night Football, Sunday games, and AFC Wildcard. She is also the lead reporter for CBS' NCAA Men's Basketball tournament.  However, today we will be talking about her married life, husband, children and personal life.

We have known from different sources that the sportscaster got married to her boyfriend David Reichel. She was seen in public place time and again with David with whom she dated for a long time, before marriage. Tracy and David are perfect for each other claimed by their close people. She has often praised the support of her husband for her successful life. The couple is blessed with three cute sons till now and they are everything for Tracy and David.

Tracy's husband, David Reichel, is a handsome athletic guy who grew up playing sports. David has also completed his education from the 'University of Michigan' as told by playerwags.com.

Tracy started her on-air broadcasting career in the year 2000 at WZBN-TV in Trenton, NewJersey as a sports program host, reporter, and producer. She has also contributed for Oxygen Sports, Long Island News Tonight, and News-12 Long Island. Tracy started her professional career at CBS Sports in 1997 as a Researcher, working on U.S. Open Tennis, the 1998 Winter Olympics, and the 1997 Final Four.

.@DangeRussWilson and the @Seahawks are on the right path. Everything clicking. I think we see them in NFC Championship pic.twitter.com/JpAqUpUUFA

Before joining CBS, she served as a host/reporter for the Madison Square Garden Network and worked for ESPN as anchor/reporter. There, she covered U.S. Open Golf, College Football, and Arena Football in the year 2002-03.

During her tenure in CBS, Tracy also covered an entire story of the 2004 and 2005 U.S. Open Tennis Championships. She also covered Auto Racing, Skiing, Ice Skating, Gymnastics, Track and Field and Rodeo.

Moreover, Tracy also serves as a reporter for Turner Sports for select NBA regular season games and the NBA Playoffs, as cited by her website.