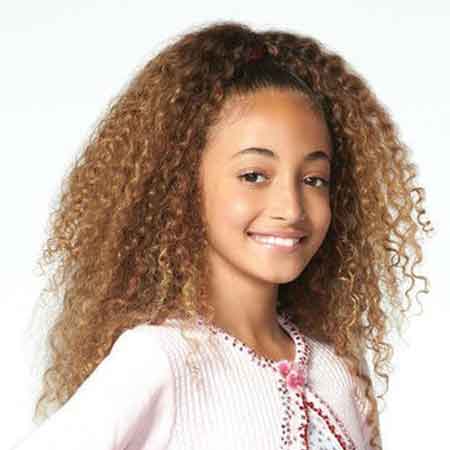 Sophia Pippen is an aspiring dancer and model who has walked various runways for Kids Fashion Week. She is most popular for being the daughter of NBA legend Scottie Pippen and Kardashian West’s best friend Larsa Pippen. It’s not just her parents dote over her, but social media and other media platforms crave for news and updates on this celebrity kid too.

Sophia Pippen was born on December 26, 2008, in the United States of America. She is the daughter of the American former professional basketball player Scottie Pippen and Lars Younan. She has four siblings Sierra Pippen, Justin Pippen, Scotty Pippen Jr., and Preston Pippen.

Her father Pippen is still deemed as a legend in the NBA history. His illustrious career with the Chicago Bulls was turned out to be fruitful for him and for the team too as he won six NBA titles with them.

Scottie became one of the NBA's 50 greatest players. He was also one of college basketball’s best players.

Sophia Pippen is a dancer as well as a teen model. On 7 October 2018, she competed in the inaugural season of Dancing With The Stars: Juniors, where she was partnered with Jake Monreal and the two, were mentored by Sasha Farber. They, however, eliminated from the show on 21 October.

As per some sources, Sophia is currently competing on season 27 of Dancing With The Stars with her partner Mary Lou Retton. She has also done some modeling. With hopes of pursuing a career in the fashion and beauty world, she signed a contract with Wilhelmina Kids and Teri B Talent as a child. So far, she has already walked various runways for Kids Fashion Week.

The exact amount of Sophia Pippen's net worth is still under review. At such a tender age, she has competed in several renowned reality TV shows showcasing her amazing dancing skills as well as has modeled for many companies too.

On the other hand, her father Scottie has an estimated net worth of around $50 million. In August 2017, he sold his Highland Park Mansion for $2.7 million.

Sophia Pippen is currently more focused on her meteoric career. She is also too young to engage in any kind of relationship. Her father Pippen has been married twice and is a proud father of five children. He first married Karen McCollum in 1988 and the two parted ways in 1990. They have also a son, Antron Pippen, born in 1987.

Following their divorce, Pippen went on to marry Larsa Younan in 1997. The couple is blessed with four children, Sophia Pippen, Justin Pippen, Preston Pippen, and Scottie Pippen. Her mother Larsa is a close friend of Kim Kardashian.

Besides, Sophia has too cultivated a sizable social media following, earning over 138K followers to her Sophia Pippen Instagram account, as of November 2018.