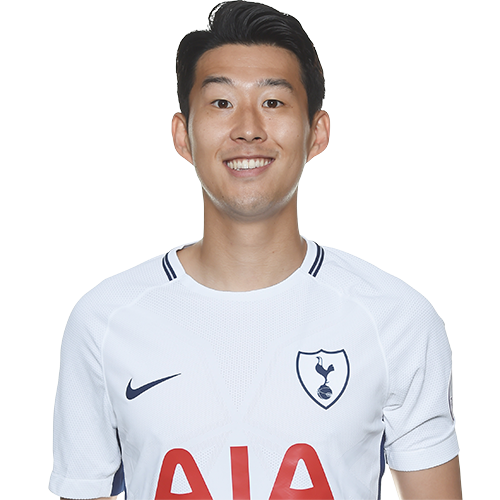 Nicknamed as "Sonaldo" by many of his teammates at Tottenham Hotspurs, Heung Min Son may not score goals at the rate of five times Ballond'Or winner Cristiano Ronaldo but still, he has got that magic to produce the goal out of nothing. Regarded as the most expensive Asian player in the history with the transfer fee of $36 Million Son can play in midfield, in either of the flank or as a false nine. When Harry Kane was injured it was Son who scored winning goals for Spurs. He is considered one of the most underrated players in Premier league as he always does not get an appreciation for his brilliant play in  Spurs team. Made in Bundesliga playing for Hamburg SV and Bayer Leverkusen, Son is already a star in his home country South Korea. His father was also a national soccer player and it can be seen in the genes of Heun Min Son.

Son Heung Min was born on July 8, 1992, in Chuncheon, South Korea to father Wong Jung Son and mother Eun Ja Kil in Chuncehon Gangwon South Korea. His parents used to travel a lot, as a result, he spent most of the early years in New Zealand and also attended exchange programme in order to improve his English language. At the beginning of his amateur career, he attended FC Seoul Academy where he worked as a ball boy. Son's own father Wong Jung Son was a retired football player turned manager. At the height of his career, he had also played for the South Korean National team and had made friends with Mauricio Pochettino former Argentine player and now Tottenham Hotspurs' manager.

After dropping out from Seoul Academy Son joined Hamburg SV youth academy at the age of 16.  He scored only one goal in six games for the Junior team in the 2009-10 season but after a good performance in the preseason in the 2010-11 season with nine goals, he was awarded a professional contract at the age of 18.  His first league goal for Hamburg SV came against FC Koln on 30th October 2010 making him the youngest player of Hamburg SV to score in a Bundesliga match.  He finished the season with three goals in 14 appearances.

In 78 appearances across three seasons at Hamburg, he scored 20 goals. He was then transferred to Bayer Leverkusen for a fee of $12 Million in five-year deal becoming highest paid transfer in club's history in June 2013. In his first season at Leverkusen, he scored  12 goals including a hattrick against his former club Hamburg SV.  He scored 17 goals in 42 appearances.

On August 2015 he transferred to English Club Tottenham Hotspurs for a fee of $36 Million becoming the most expensive Asian player. He made his Premier League debut against Sunderland on 13th September 2015 as a substitute in a 1-0 win. His first premier league goal came against Crystal Palace in the 68th minute.  His debut season with Tottenham Hotspurs finished with eight goals in 40 appearances as Spurs finished third in the table.  The next season Son was given more chance and hence he finished the season with 14 league goals in his 34 premier league appearances and 21 in all competitions. He also won the Premier League player of the month for April becoming first Asian to receive the award. 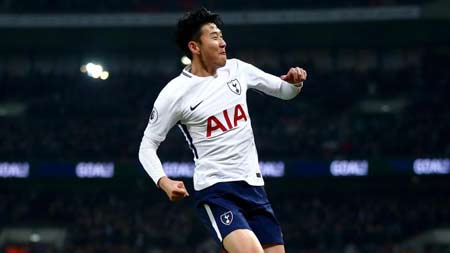 Son started 2017/18 season scoring a goal against Borussia Dortmund in Champions league. On 5th November 2017, he scored the only goal against Crystal Palace becoming highest Asian goal scorer of the Premier League with 20 goals breaking the record previously set by Park Ji Sung.  He has already reached double-figure this season. 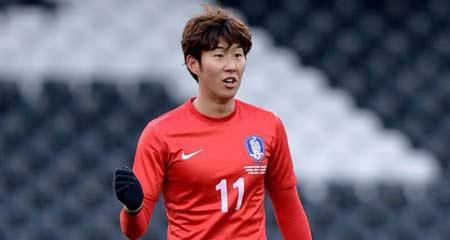 On Septemeber 3, 2015 Son scored his first hattrick for South Korea against Laos in 8-0 win for 2018 Worldcup qualifiers. In his 63 International appearances for South Korea, he has scored 20 goals.

Due to the arrival of Son in Spurs, the shirt sales under his name have been high in South Korea. He is also the most expensive Asian player with the transfer fee of $36 million. It is estimated Son's net worth is around $20 million. His current salary with Spurs is $117,000 per week. 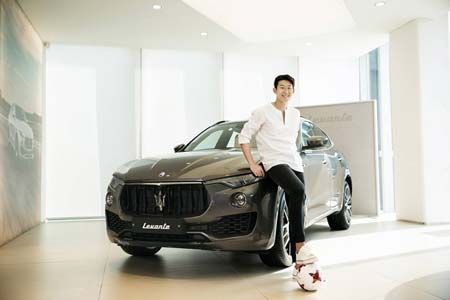 His car collections include Levante Maserati and Lamborghini. Son is endorsed by Adidas, Gatorade and Korean Conglomerate.

Reports say that Son is currently dating his former classmate Yoo So Young. She is a Korean actress. Previously, he also had an affair with another K-Pop celebrity Bang Min ah who is also an actor.

Son's father is also Football player who also played for the South Korean National team. In his early days as a player, he idolized Lee Chung Yong who now plays for Crystal Palace. His mother Eun Ja Kil has always supported Son's dream of becoming a footballer allowing him to leave school to join Hamburg SV. He has an elder brother named Heung Yon Son.