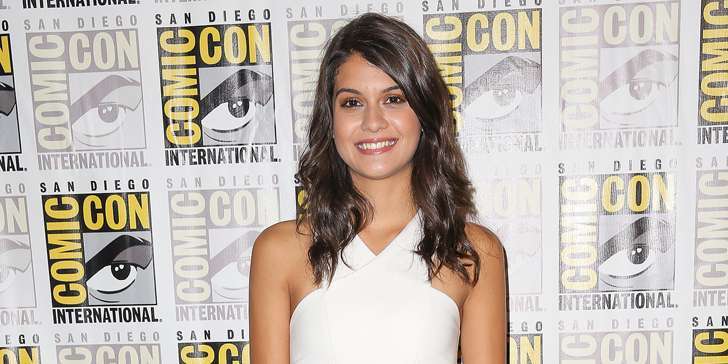 Sofia Black D'Elia was born on December 24, 1991, in Clifton, New Jersey. Her mother worked in printing while her father was a lawyer - Anthony D'Elia. Her father is of Italian descent while her mother is Jewish. She is best known for her roles as Bailey Wells in All My Children, Tea Marvelli in Skins and Sage Spence in Gossip Girl. She began her career as she discovered her passion for acting. She started acting at the age of 5. She later also joined dancing classes at Broadway Bound. She was cast in her first major gig on the soap opera All My Children.

In 2010, she was seen in the role of Tea on the MTV adaptation of the hit British teen drama Skins, where she plays an openly lesbian teenager. She is featured in Hoodie Allen's music video for "The Chase is On" and plays Allen's love interest in the video. As of fall 2011, she landed the role of Vicky Jewson's Born of War. This is her first film character. In the fall of 2012, D'Elia played Sage Spence in the sixth and final season of Gossip Girl. She also portrayed Jessie in the Michael Bay-produced time travel thriller Project Almanac.

According to the latest news, Sofia has been cast for the new upcoming limited series, The Night Of. The mini-series going to be made under the production of HBO. And will premiere this summer. She will be seen in a significant role the sources confirmed. Talking about her personal life, Sofia is not rumored having any sort of affair in the media. She has not confirmed if he has a boyfriend or not. Her net worth or salary is estimated to reach $300,000. She currently lives in New York. More information on her personal life and bio can be found and she is also very active on social media.