Skyler Guthrie is an American actor and model mostly known for his role in the television popular web series Stage Fright. He also has prominently appeared in the TV series Tosh.0 and feature film Wicked Ones. The actor currently stars in the television drama Attaway General.

Skyler Guthrie was born on November 9, 2000, in Fort Payne, Alabama, the United States. He is one of two children of his parents, Kim Guthrie and Clay Guthrie. He has a sister, Emma Guthrie.

On March 18, 2021, he posted pictures with his mom wishing her a happy b'day on his official Instagram @skylerguthrie. 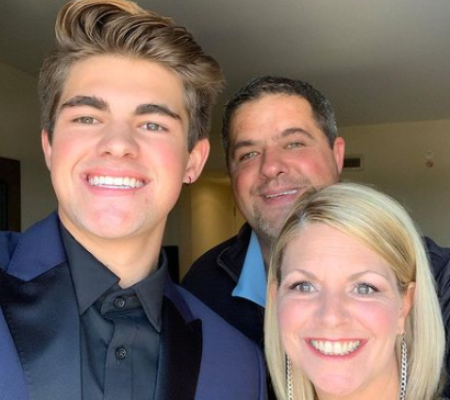 He is currently 20 years old as of this writing. He stands tall at the height of 5 feet 9 inches (175 cm). He carries American nationality and possesses white ethnic background.

At seventeen, his family moved and settled in Los Angeles, California. He then made his modeling career and signed with Clear Talent Group in 2018.

Guthrie got his screen debut in the television film Watching Over You in 2018. The following year, he appeared in an episode of the television series Tosh.0.

He acted as Daniel Lawson in the horror film Wicked Ones, directed by Tory Jones, in 2020. The same year, he starred as Mikey in the television popular web series Stage Fright alongside Kimberly Girkin, Carrie Berk, and more.

Stage Fright actor has not revealed his exact net worth. However, he is a s sumed to have an estimated worth of $500 thousand as of 2021. He adds a decent sum from his acting and modeling career.

The actor has worked in television series and films such as Attaway General, Stage Fright, Wicked Ones, and Watching Over You.

Furthermore, the reported salary of an actor is between $45,000 and $52,000 per annum in the United States. So he might have a similar range of paycheck.

Who Is Skyler Guthrie Dating? Is He Active On Instagram?

Moving on to his personal life, Wicked One's actor is possibly single as of now. He hasn't opened anything regarding his relationship status and girlfriend. 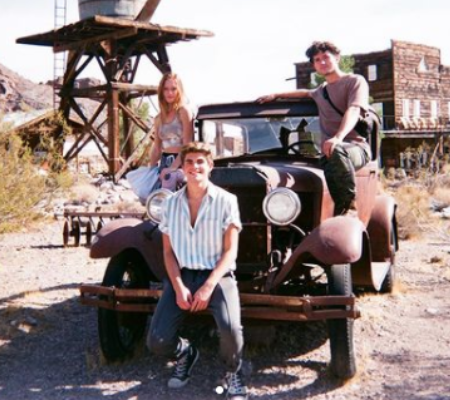 Nevertheless, the actor is more focused on his prolific career and is busy with his upcoming projects. He currently lives in Los Angeles, California, with his family.

Besides, he is active on Instagram under the handle @skylerguthrie, which currently has 12.2 thousand followers. He can be found sharing pictures with his co-stars, friends, and family on his social media.