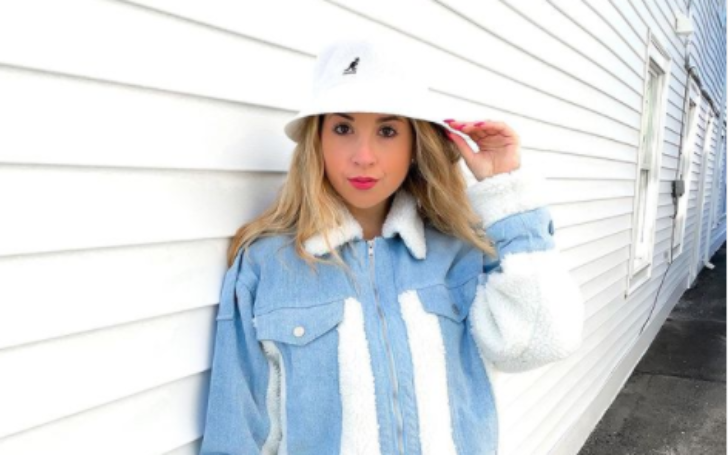 Born and raised in New York City, 18-year-old Carrie Berk became a youth sensation when she released her work The Cupcake Club, Fashion Academy, and Ask Emma. The American writer/blogger is also known for Carrie's Chronicles.

Carrie Berk was born on 17th December 2002 in New York City, USA to Sherly Berk and Peter Berk. Her mother is an editor, journalist, and author known as the founding editor-in-chief of Life & Style Weekly and as her work as a celebrity ghostwriter.

Berk is 19 years old as of 2022. For her education, she went to PS 6 also known as The Lillie Devereaux Blake School located on the Upper East Side of Manhattan, NYC.

Berk became interested in writing at a young age and even started her own cupcake review blog called Carrie's Cupcake Critique at 7. She later had an idea for a book involving a cupcake club and told her mother who took it to her literary agent.

Berk In The Cupcake

It also inspired an off-Broadway musical with the same name as the Vital Theatre Company and ran in March-April 2014. The Cupcake series was concluded with the final book Cupcakes are Forever which was released in 2017. 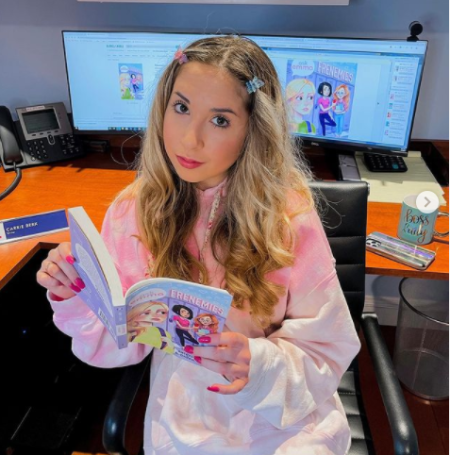 Berk and her mother released their second book series Fashion Academy in July 2015. Like the first one, the second book also inspired an eponymous off-Broadway musical which was staged in October 2015.

The mother-daughter-duo started their third book series with Ask Emma published by Little Bee Books. The second and third book titled Frenemies and Boy Trouble was released in 2019.

Besides her career as a writer, she also stars in Brat's TV show Stage Fright.

The budding writer has published three books in total as of 2021. She earns most of her fortune from her book sales and her start-up career as an actor.  According to various online tabloids, the 18-year-old is worth around $1.5 million as of 2022.

Apart from her professional career, her social media also generates a decent amount of money. As of May 2022, she has over 2 million followers on TikTok and over 580k followers on Instagram. 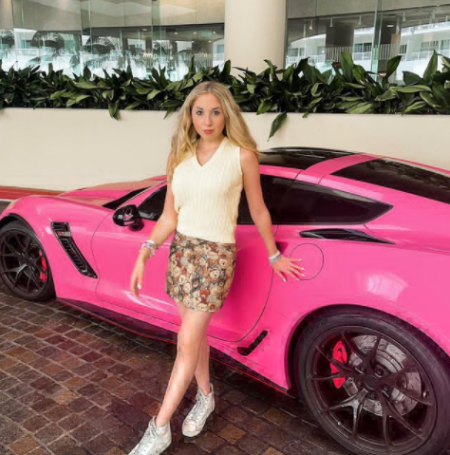 Is Carrie Dating Anyone?

The aspiring writer prefers a lowkey life and keeps her love life away from the limelight. Looking through her social media, she seems busy with her career at the moment.

Similarly, most of her posts are about her work and time spent with her friends.  Back in 2019, she posted a picture of her with Maximillian Marcham and Gianna Ferazi with the caption "when best friend meets boyfriend". 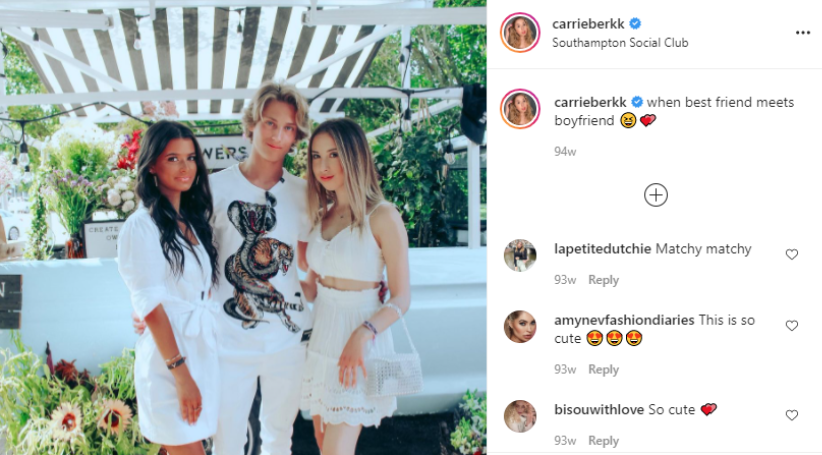 The post certainly sparked some questions regarding her relationship with Maximillian, however, there are no recent updates as of 2021.