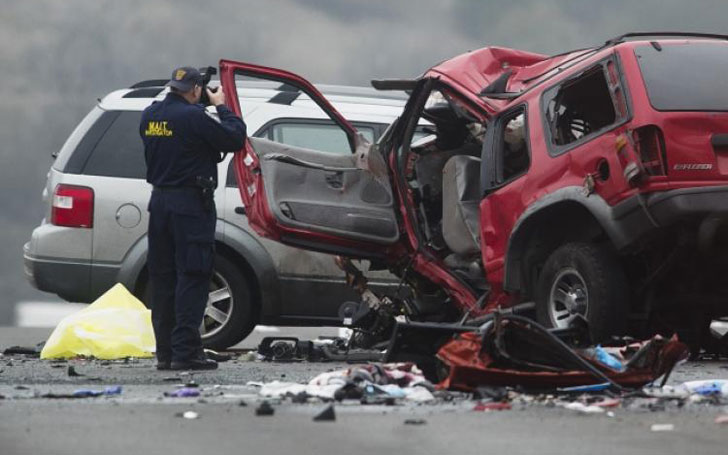 The Calif. Highway Patrol said they received many calls around 12:30 a.m. Sunday about a Chevrolet heading South in the northbound lanes of Interstate 5.

The authorities arrived the scene, in the Yolo County, northwest Sacramento, they found Chevy collided head-on with a Dodge traveling northbound. The authorities reported that both the vehicle caught fire after the collision.

An unidentified woman in the Chevrolet, and other five, three women and two men, traveling in a Dodge lost their life in the collision.

The people inside the Dodge are identified as Christian Paiz and Jessica Garcia, Christian Lopez-Cambron, and wife Raquel Lopez-Valencia. Lopez-Cambron's sister Yaneth Lopez was also present in the vehicle. Christian and Raquel's friends told the couple were recently married.

Police are still investigating and trying their hard to find out whether any alcohol or drugs were involved in the crash.