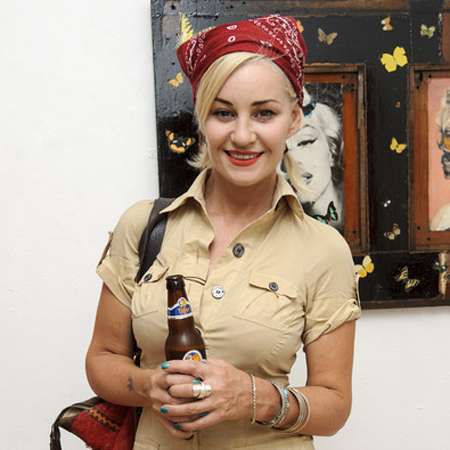 Her birth name was Siobhan Maire Deirdre Fahey and her birth place is Dublin, Republic of Ireland. She was born on 10 September 1958, under the birth sign Virgo. Her parents name is Helen Fahey (mother) and Joseph Fahey (father).

Her father was in the British Army. Siobhan was born as eldest daughter. She lived in her birth place Dublin for two years and later they moved to Yorkshire, England. She belongs to Irish- British decent. She is white according to her ethnicity and her nationality is British. Her star sign is Virgo. Her siblings name is Maire and Niamh.

Siobhan Fahey was sent to a convent school in Edinburgh, Scotland. She also attended school in Stroud, Gloucester and Kent in southern England. At the age of 14, she along with her family moved to Harpenden. After two year she moved to London and involved in punk scene of the late 1970s.

During her days in London she took a course in fashion journalism. She met Sara Dallin and Keren Woodward and joined their fledgling group, Bananarama. They also recorded their first demo with the help of Sex Pistol Paul Cook. The hit songs at that time recorded by her band was Love in the First Degree, Cruel Summer, I Heard a Rumour, and Robert De Niro's Waiting.

In 1988, she left Bananarama being frustrated with the direction they were heading, and later she formed the group Shakespears Sister. Later American singer and songwriter Marcella Detroit joined became an official member making the outfit a duo.

Love this photo from @lythamfestival Saturday night! An unbelievable privilege to share the same stage as the genius that is @nilerodgers and CHIC, who blew my mind

The band got huge success and also band was nominated for numerous awards. In the band's music videos and on-stage she often appeared as a vampish glam figure. They together released two albums and in 1993, Fahey and Detroit split up due to rise of tension between them. In 1996, she herself released the single I Can Drive.

Later, she continued the band and also recorded a hit singles like Bitter Pill in 2002 and in 2005 the songs Pulsatron and Bad Blood. She is also active in concerts and world tours.

Siobhan Fahey is a very stylish and woman with great skills. She was one of the rock star celebrities during the 70s.

Siobhan Fahey’s information about her net worth and salary is not known.

In 1987 she was married to Dave Stewart of Eurythmics. But after being in relationship for nine they separated and got divorced. The divorce case was filed by Fahey and was approved in 1996.

They have two children, Sam born on 1987 and James born on 1991. Her two sons are also engaged in the field of music, they have formed the band name Nightmare & The Cat.

After her divorce with her husband, she had a couple of boyfriend. She was later romantically linked with Jim Reilly, the drummer of Northern Irish punk rock band Stiff Little Fingers. There was also rumors of her having affair with Scottish singer Bobby Bluebell, who belongs to band, named of The Bluebells.