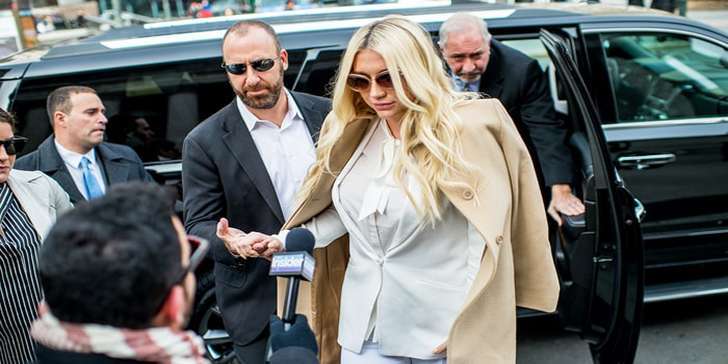 After 2 years, on Monday Kesha dismissed her assault claim against Dr. Luke as she wants to focus on resuming her music career. In 2005, Kesha started working with Dr. Luke.

It was all started in 2014 when singer kesha filed a case claiming sexual, physical, and verbal abuse against musician Dr Luke. She filled the case claiming, Dr Luke forced her to take drugs and alcohol in order to take her advantage.

During the drama of the courtroom, she has not been able to release any new music. So she wants to get out of this and wants to focus on her future.

My fight continues. I need to get my music out. I have so much to say. This lawsuit is so heavy on my once free spirit, and I can only pray to one day feel that happiness again. I am continuing to fight for my rights in New York. Thank you for all your support. The support of my fans has been so beautiful and I'm so grateful for it. I'm Not sure where I would be without you all.

On the other hand, Dr Luke claims that she made up a story about her assault in an attempt to ruin his reputation and career to get out of her recording contract.

According to Kesha's lawyer, she has submitted 28 new songs to Luke’s label and showed a strong desire to release her next album very soon.

Earlier this year, A New York court just denied the singer’s request to be released from her current contract ruling out her appeal court said doing that could cause irreparable harm to the record labels.

According to Dr Luke attorney Lepera, Kesha never should have brought false claims against Dr. Luke in Court.

Kesha Rose secret is an American singer and songwriter. Her debut album Animal and her first play cannibal were released in 2010. Influenced and inspired by various artists, She draws from the music of the 1980s.

Rumors are there that she was upset that Dr Luke had taken away most of the creative control on her album Warrior, which was released in 2012.

The estimated net worth of Kesha is around $46million.