Singer Rydel Lynch Got Engaged To Her Boyfriend Capron Funk 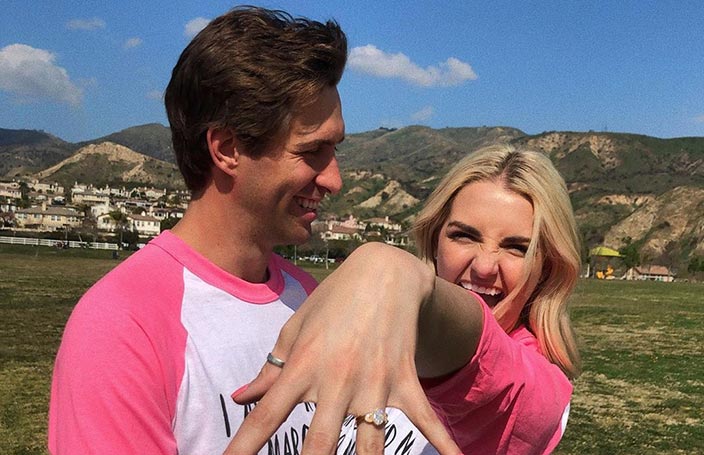 Singer and Actress Rydel Lynch and Her Boyfriend of Less Than a Year, Capron Funk  Are Engaged

Congratulations are in order! Singer, musician, and television actress, Rydel Lynch, is engaged to her boyfriend, Capron Funk. The R5 member announced her engagement to Funk via her Instagram.

According to JustJared, Funk popped the question to his girlfriend on Sunday, February 9, with a softball game with their family. Funk later announced the happy news on his Instagram where he posted a photo of his new fiancee flaunting her engagement ring. Moreover, he also shared a family photo where all of the family members wore the same shirt custom made by Funk. The shirt Funk wore featured a print that reads: "I asked Rydel to marry me 02.09.20."

On the other hand, "Capron asked Rydel to marry him 02.09.20," read the families' shirts. The newly engaged also donned hats with his last name on them.

Capron and Rydel have been dating since last year after Capron publicly asked Rydel to be his girlfriend at a concert in June 2019. Back then, Rydel made her relationship official through an Instagram post. She shared a photo of her planting a kiss on Capron's lips while the latter held cardboard with the word "GIRLFRIEND."