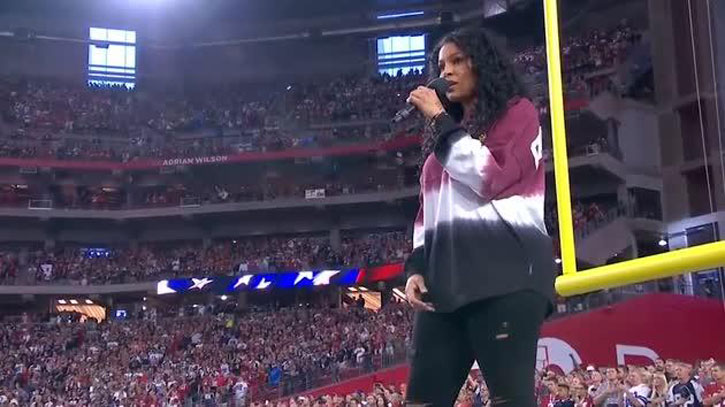 A day after NFL players protested Trump’s racist speech in NFL, the former American Idol Jordin Sparks has sung the national anthem at the MNF NFL before NFL game between the Dallas Cowboys and the Arizona Cardinals in Glendale, Arizona.

Also Read: How much does Jordin Sparks earn as a singer-songwriter? Discover her brilliant career here?

Spark showed the subtle and peaceful demonstration during the national anthem, instead of bending knee, she chose coding hidden message on her hand. Spark wrote a Bible phrase “Proverbs 31:8” 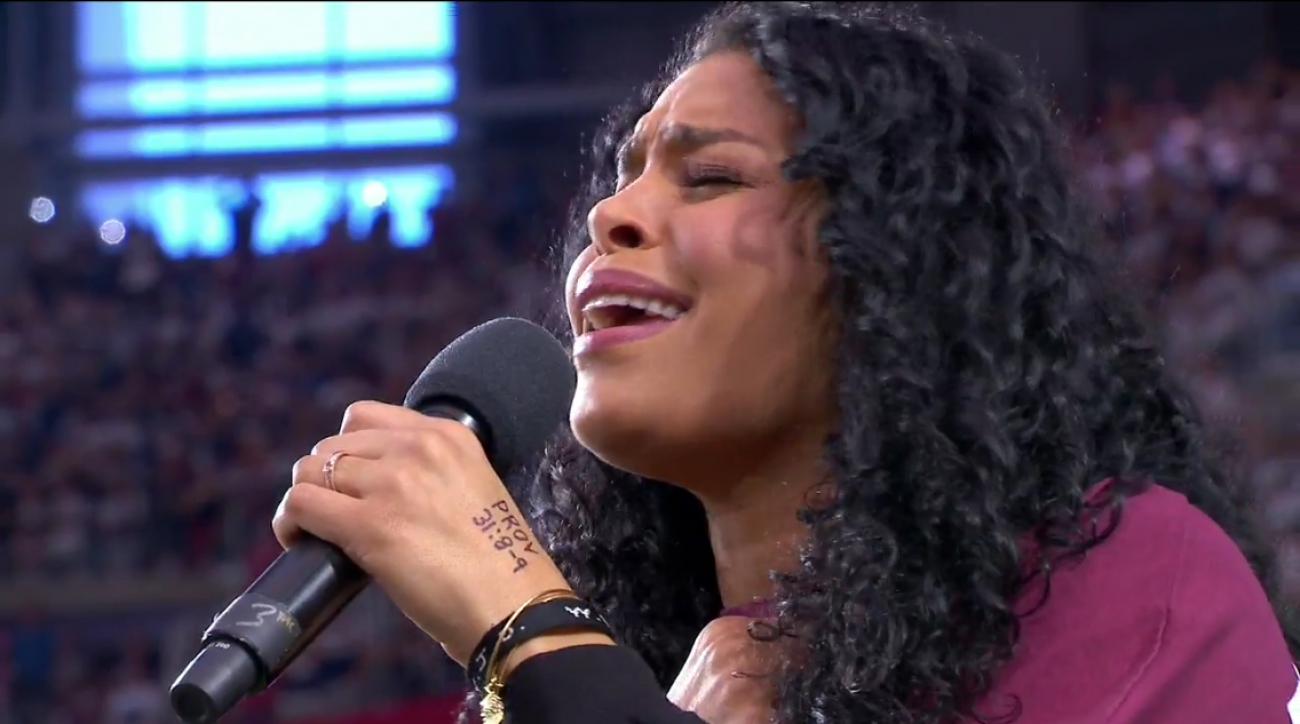 Speak up for those who cannot speak for themselves, for the rights of all who are destitute.

Speak up and judge fairly; defend the rights of the poor and needy.

The Dallas Cowboys, along with the owner Jerry Jones, locked arms and took a knee as a team prior to the national anthem but the team stood as Spark started to sing the anthem.

The NFL players have shown protest against the divisible words of the president in his eighty-minute long speech on Friday. After the protest from most of the NFL players on Sunday night, Trump said he wanted to see the players participating in protests ‘’fired’’ by NFL franchises.

The Trend of bending knees to protest was originally initiated by the current NFL free agent Colin Kaepernick one year before at Wembley. Colin was one of the players to protest on Sunday NFL.