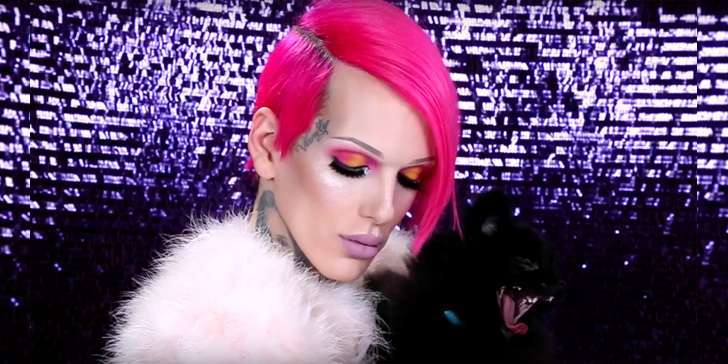 What the hell happened in that Event?

Jeffree star, the musician and owner of Jeffree star cosmetics, is again leading the headlines.  He is again in a war via Twitter against a makeup artist. Probably, this is not the first time he has been involved in a controversial war with celebrities.

Why would someone I met for 5 min be so hot and bothered over me.

Jeffree star and Shayla began their war of words on social networking site, insulting and defending each other. Jeffree star threatened to beat up Instagram beauty guru Shyla. Tweets have been deleted from Star’s Twitter.

@MakeupShayla telling another female their face is disproportioned and being so disrespectful, is a disgrace to every female on this planet

All this started when these two makeup artists attended an event in New York, where Jeffree proclaimed Shayla told the beauty guru Mariale that she needed some kind of injections for her lip to make it suitable and matching for her face.

The girl Shayla was insulting was @MarialeOficial in NYC... Case closed. #deceased

Although Jeffree was angered by Shayla's comment, he did not choose to speak directly about it, but later, he reacted on it publicly Via Twitter and Snapchat, calling her an insecure Rat. Shayla strongly denied that conversation; she claimed she and Jeffree just met for 5 minutes, and she said all those crap Jeffree is talking has no meaning, and he was just making up stories and insulting.

I don't care who you are, when I hear you bullying a stranger and insulting their looks, I'm going to speak up… that's that.

Later in Vegas, it seemed that they encountered each other again when Jeffree claimed he avoided her to be professional at the event. Shayla said her mother held her back. It seems Shayla knew all about his comments, although claiming he is smiling toward her in the event.

@JeffreeStar honestly your a BULLY

If you bully strangers and value "vanity" more than intelligence and friendship, go fuck yourself

As the time flew, they started retweeting support and deleting some of the tweets. Jeffree also deleted the series of snaps talking about Shayla. Some people were supporting Jeffree for calling out Shayla as well as the manner he did, and some argued that she started the violence first. Since those twits and Snapchat comments are deleted, we are unable to say who started this first.