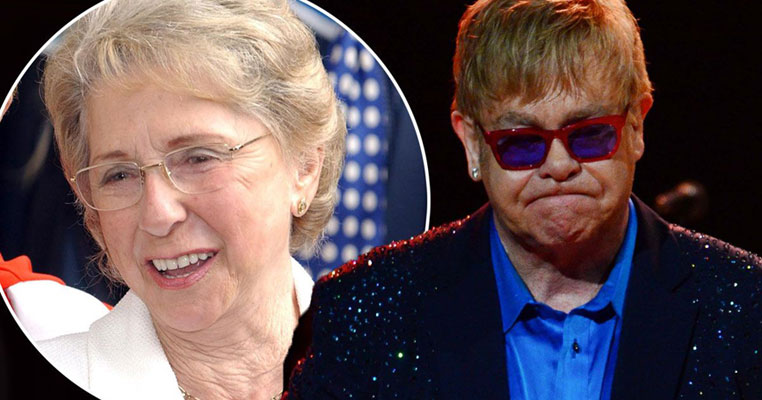 Tiny Dancer singer Elton John has been mourning his mother, Sheila Farebrother's death. The 70-year old English singer took to social media to share the sad news with his fans and followers.

The grieved singer's mother's death has come shortly after the mother-son duo reconciled their relationship.

So sad to say that my mother passed away this morning. I only saw her last Monday and I am in shock. Travel safe Mum. Thank you for everything. I will miss you so much. Love, Elton.

John posted a photo of him and his mother from June 2003 attending the Fifth Annual White Tie and Tiara Ball, organized for his foundation.

The five-time GRAMMY winner announced he and his mother had reconciled this spring after almost a decade of estrangement. Then, John shared a smiling photo of the duo on Mother's day, where he wrote, "So happy we are back in touch.'

John and his mother stopped to talk to each other following an explosive fall-out in 2008.  Farebrother told Daily Mail in 2015 that their relationship went cold after she denied her son's proposal to cut off contact with two of his old friends, Bob Halley and John Reid after he ended his relationship with them. Farebrother said,

I told him: 'I'm not about to do that and drop them. Bon is like a son to me. He has always been marvelous to me and he lives nearby and keeps an eye on me.

Then to my utter amazement, (John) told me he hated me. And he then banged the phone down. Imagine! To me, his mother!

Only a night before his mother passed away, John had performed in Barcelona, Spain and he still has lots of scheduled performances this month. He has not yet announced whether he will be postponing any of his appearances in light of his mother's death.