Singer Clara Hagman is possibly single.Know about her affairs and dating life 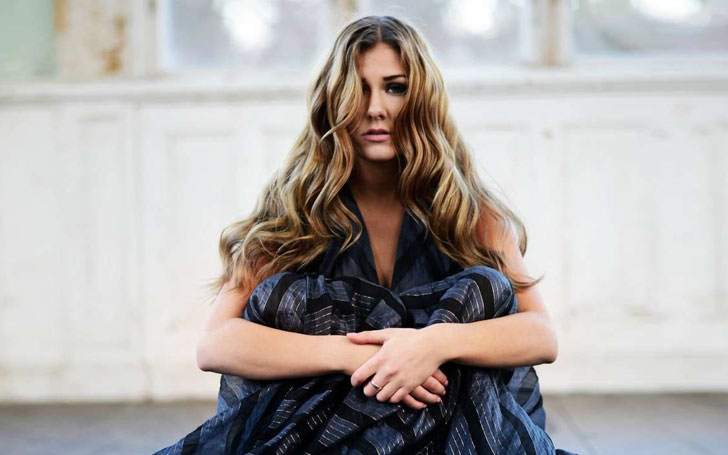 Based in Gavle, Sweden, Clara Hagman is a former member of the pop group “Ace of Base”. She is well known by her stage name ‘Clara Mae’ after the performance in 2014. Hagman has always been on the highlights through her works but has maintained privacy when it comes to her personal life.

Who is Clara Hagman dating recently?

Though the “Avalon” singer, Clara Hagman is yet to reveal the name of her boyfriend, she posted the photos together with him enjoying the summer holidays on July 23, 2016. On 25th December 2016, Clara even shared the couple’s photo celebrating Christmas.

The Swedish pop singer might have broken up with her boyfriend after dating for a year as she has not been posting the photos with him these days.

There are no records of her past relationship and affairs as well. Hagman loves to keep her personal life low profiled.  As of now, Clara is just 25-years-old and she is yet to get married.

Hagman participated in Lilla ‘Melodifestivalen’ 2002 with the song “Hej, Vem är du" finishing fourth. In the fall of 2008, Clara competed in the inaugural ‘ Next Star’ singing competition. She even performed Dolly Parton’s “I Will Always Love You” and stood second in the competition

A year later, Clara made it to the semi-finals of ‘Idol 2009’ right after performing renditions of Duffy’s “Warwick Avenue” at the time of the audition rounds. In addition, she also performed ‘ Oh Laura’s song “Release me” for her semi-finals appearance. However, she did not receive enough votes to lead to the finals round.

During the tenure at Ace of Base, Hagman was recruited by Ulf Ekberg and Jonas Berggren alongside Julia Williamson, in order to join  Ace of Base, replacing founding members Jenny as well as Linn Berggren. The new line-up also released their first music album “The Golden Ratio” on 24th September 2010. Hagman left the band in 2012.

While embarking on a solo career, her first released single was entitled “Changing Faces”. On 12 June 2015, Clara released the single “Avalon”. Most recently, Clara has featured on a song titled “Chemistry” by Steve Void and “No Mondays”.