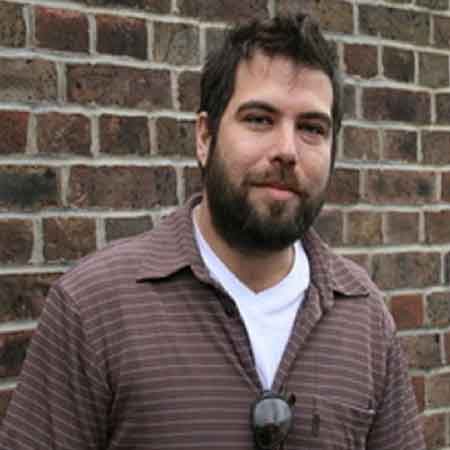 Simon Konecki is a London based businessman and Philanthropist. He is the CEO of Drop4Drop organization which campaigns to provide clean water in poor countries. Previously he worked at EBS but gave up his city lifestyle to make the world a better place.

Konecki came to media attention after dating a popular English singer and songwriter, Adele. The duo began dating since 2011 and secretly wed in 2017 which Adele revealed during her acceptance speech at the 59th Annual Grammy Awards for Album of the Year.

Simon Konecki was born on April 1974 in New York, USA to Rosemary Konecki and Andrew Konecki. At the age of 10, he moved to London with his family where he attended the prestigious boys' school Eton for two years. He was raised along with his two siblings, Victoria Konecki and Alexandra Konecki.

Simon Konecki started his professional career at the of 17 when he became a foreign exchange broker. Then he joined EBS, a division of trading giant Icap where he served as the director of the company. After serving for few years at EBS, he moved to Lehman Brothers in 1998 and managed teams of senior brokers.

In 2005, he left his job and city lifestyle to make the world a better place with his knowledge, connections, and persuasive personality. To give wings to his dream, Konecki contacted Lucas White, whom he met while studying in England.

The duo started working together on their dream projects and subsequently raised enough money to launch the company and set up its charity arm, Drop4Drop.

The organization campaigns to provide clean water in poor countries which is also supported by British actor Sid Owen and comedian Stephen Fry. As of 2018, Konecki serves as the CEO of Drop4Drop.

Simon Konecki is one of the reputed UK-based business personality and philanthropist. He is the CEO of  Drop4Drop which is a nonprofit organization. Konecki and Adele owned a house in East Grinstead, West Sussex which cost million dollars.

Konecki parents live in a waterfront house in Boca Raton in Florida of  $1.31 million (£1 million).  His wife, Adele is a world famous singer who has an estimated net worth of $185 million according to Celebrity Net Worth.

Simon Konecki is happily married to his longtime girlfriend, Adele who is a popular English singer. The duo secretly wed in 2017 but the couple didn't spell beans until 59th Annual Grammy Awards. During the acceptance speech for Album of the Year, Adele confirmed their marriage by calling Konecki as her husband when thanking him.

In March 2017, Adele clarified her marital status at a concert in Brisbane, Australia, telling the audience "I'm married now". However, their marriage speculation started swirling since early 2017 after they were spotted wearing matching rings on their ring fingers.

The couple first met in 2011 and there were rumors Ed Sheeran introduced the pair while Adele was recovering from throat surgery. However, Ed clarified the rumors via his tweet in 2012, he wrote,

"Despite what some papers believe, I had nothing to do with Adele meeting her boyfriend. Dunno where that rumor came from..."

Simon Konecki and Adele welcomed their son, Angelo Adkins on October 19, 2012. The couple won a privacy case against a UK-based photo agency for publishing intrusive paparazzi images of their son which was taken during the family outings in 2013. The agency paid a five-figure sum settlement in July 2014.

In October 2016, Konecki slipped in pink confetti adorned with handwritten love notes to commemorate their 5th anniversary after her concert.

Prior marrying to Adele, Simon was in a marital relationship with fashion stylist Clary Fisher. The duo exchanged vows in 2004 at an intimate ceremony. The couple shares a daughter born in 2007. The pair divorced in 2008.

Soon after Konecki was spotted with Adele, it was reported he was in a relationship with Adele before his divorce finalized. However, Adele released a statement on her official website where she denied the reports and stated, Knoecki had been divorced for 4 years.

As of 2018, Simon Konecki lives with his wife, son and  Adele's dog, Louie in East Grinstead, West Sussex.

Konecki faced criticism for inaccuracies in a mini-doc u mentary which was posted on his charity's website attacking Rampion Offshore Wind Farm.