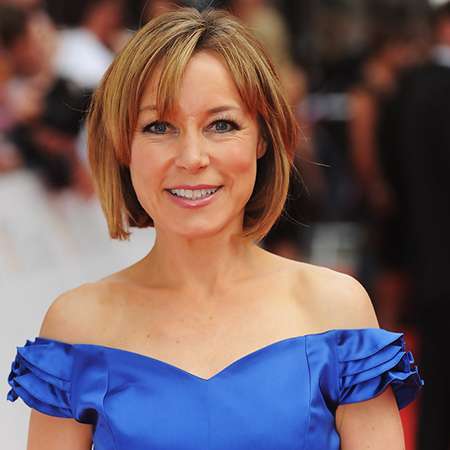 Presenter and journalist Sian Williams has established herself as a celebrated figure in the news arena with her news presenting skills, her intelligence and critical journalistic views about the affairs she presents. Having been a co-presenter and presenter of TV shows like the BBC Breakfast, News at Six, News at One and News at Ten, she is currently the new presenter of Sunday Morning Live.

This woman of the Welsh origin was born in Paddington, London on 28th November 1964. Most of her childhood was spent in Eastbourne, East Sussex after which she gained a BA in English and History from Oxford Polytechnic and then completed her education on critical journalistic writing at the University of Rhode Island in America.

Her career debut was as a radio jockey with BBC Local radio in Sheffield, Leads, and Manchester. She then produced and reported in Liverpool prior to joining the national network BBC Radio 4, as a producer of The World at One. She then spent the other years reporting and editing news programs on BBC Radio 5 Live.

Sian’s television career started with the digital rolling news channel BBC News 24 as an output editor. By luck, she got to audition also for the role of a presenter and hence impressed the producers, thus getting herself a position as a co-presenter alongside Gavin Esler.

Sian’s next endeavor was as a relief presenter in the BBC’s Breakfast program since 12 January 2001. She initially presented from Friday to Sunday alongside Darren Jordon as a cover for the main presenter Sarah Montague, and later as a cover for Sophie Raworth, with Jeremy Bowen.

From May 2005, Sian started presenting along Dermot Murnaghan on BBC Breakfast, as the main female presenter. As for January 2008, she started presenting the show along with Bill Turnbull before leaving it on 15th March 2012. She then returned back to BBC Radio 4, as a co-presenter for Saturday Live. Sian also continues to be a relief presenter for the BBC One News bulletin.

As for other television shows, she appeared on BBC Wales the One Show with Aled Jones, the Big Welsh Challenge, Now You’re Talking and City Hospital. She reported for Watchdog in 2010 and hosted Your Money Their Tricks with Nicky Campbell and Rebecca Wilcox on 2013.

As of 2014, she became the new presenter of Sunday Morning Live on BBC One every Sunday morning starting for June until November replacing Samira Ahmed. Sian became an Honorary Fellow of the University of Cardiff and was the President of TRIC (Television and Radio Industries Club) from 2008-09.

She also supported two charities during this phase. As of 2014, she began studying for a master’s degree in Psychology at the University of Westminster.

Sian Williams' net worth is $500,000 as per Net Worth Post. She has attained this much money thanks to her various roles in BBC.

Sian married spouse Neale Hunt, former director of advertising firm McCann Erickson, London on February 1991. They had two children from the marriage, sons born in 1991 and 1994. After they divorced, Williams married Paul Woolwich in 2006 and gave birth to their son the same year, for which she supposedly had to receive two liters of blood. On March 2009, she gave birth to a daughter.

It has exactly been a decade that the two are together now. However, there have been gossips about the two having compatibility issues and are in the course of getting divorced!

This strong independent woman has a height of 5 feet 3 inches but her body weight has changed a lot over the years. Pictures, videos, and interviews of her, her opinions and critical statements constantly circulate around the web and she is a frank personality.

As for her health conditions, an avid runner, she gave up running after being diagnosed with hyponatremia during the 2001 New York City Marathon. She then completed her second marathon the Virgin London Marathon only in 2013. In the 350 years of her family tree, she is the only one born outside Wales.

Sian Williams has created an impact as a reporter and intelligent news presenter for the many years she has been on the business. At 50 years of age, she still has the vigor and the confidence of a very young woman and it will be years before she will be retiring from her job.