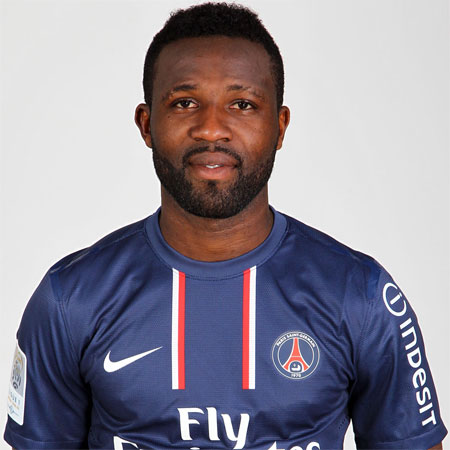 Born on 22nd February 1982 in the, in the former capital of Cote d’Ivoire Abidjan , Siaka Tiéné is a skilled Ivorian footballer who currently plays in the position as a holding midfielder or winger for Montpellier Hérault Sport Club , commonly referred to as  Montepellier HSC. He was in the line-up of the 2006 Africa Cup of Nations final where Cote d’Ivoire lost with the hosts Egypt on the penalties, but he was the only player from that Nations Cup squad  who was not picked for the 2006 World Cup in Germany a few months later.

Saika started his youth career at local club ASES Mimosas , a famed youth academy that has produced many of the current players of  Cote d’Ivoire national team . He studied at the club’s academy and also played for the youth team . He spent four years with ASCE Mimosas as he was awarded a professional contract in 1999 before receiving an offer of transfer.  He was transferred abroad in 2003 as the Ivorian footballer earned a call up to play in the South African Premier Soccer League for Mamelodi Sundowns . He played with the team until 2005 . Over the period of two seasons being associated with the Mamelodi Sundowns ,Siaka frequently participated in the club’s matches making 46 appearances and scoring 14 goals. In 2005 Tiéné was called up to French club AS Saint- Étienne, he signed a contract of three years with the club. In 2006 the club loaned Siaka to Stade Reims after he was unable to get a place as a mid-fielder in the AS Saint- Étienne. He played there during the 2006/07 season where he featured in 18 matches and scored 3 goals. In the summer of 2007 Saika returned back to Saint- Étienne. After his return to Saint- Étienne he made appearances periodically in club matches until he was received with an offer to transfer to another French club. In 2008 Tiéné signed a contract with Valenciennes FC , he was one of the key players of the major squad and during a two period time he took part in 57 games scoring 2 goals.  In 2010 Parisian Saint-Germain took decisive measures to transfer Saika to their club and he was on a contract with the Parisian club according to which he played for the club until 2013. Then he switched for Montpellier.  Tiéné has also been a part in the international scene for Cote d’Ivoire. He was in the line-up for the the Ivorian squad for the 2006 African Cup of Nations tournament in Egypt. His latest international call- up was for the 2008 African Cup of Nations qualifier agains Madagascar. Since 2000 , Siaka Tiéné has been called up to Cote d’Ivoire national football team 85 times.

Siaka Tiéné’s status about the relationships and marriage  have not been disclosed in the media. However we can find some of his playing details .He is an Ivorian by Nationality , his current team is Montpellier Hérault Sport Club. His height is 176 cm and his weight is 72kg. He wears the jersey No.5 for his team and plays as a position of a Defender. He earns salary of 1,000,000€

Siaka Tiéné was awarded with a professional contract with ASCE Mimosas in 1999, the club from which he started his youth career. In 2005 he was called up to French club AS Saint- Étienne which was a great honour for the defender as he was given an opportunity to play at a higher level. He has been a part of a squad of 7 different football clubs where in each clubs he has played a major role .