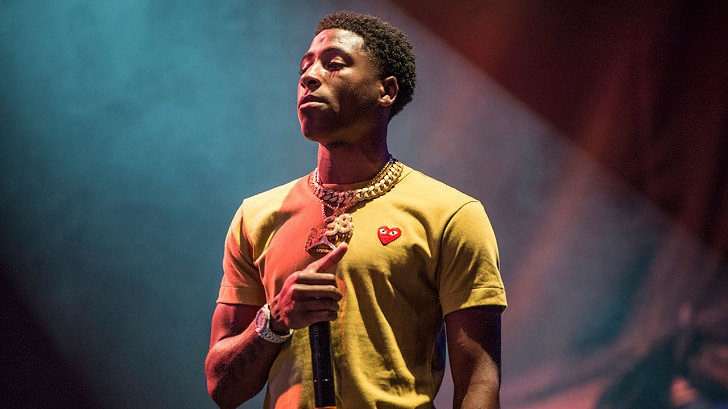 Rapper NBA YoungBoy has been shot at during a shooting on Sunday after near the Trump International Beach Resort in Miami.

American rapper and singer-songwriter NBA YoungBoy and his crew received end of bullets on Mother’s Day outside the Trump Beach Resort near Miami, and at least one person was killed.

On Sunday, shots rang near the beachside hotel where the rapper and his entourage were identified on the scene. It is still not clear YB’s exact involvement, but many eyewitnesses reported someone opened fire on him.

As per reports, two people were injured in the shooting at the Alamo Rent A Car along Collins Avenue which is across the Trump resort. One of the wounded victims included 19 years old woman who was rushed to Aventura Hospital. Her condition is yet to be disclosed.

However, she is reported to be YoungBoy’s girlfriend, Kay Marie. YoungBoy rushed to help his girlfriend after a bullet hit her. He jumped into action to help to save his girlfriend as she lies in the hotel lobby bleeding.

The third victim was pronounced dead at the scene. Their identities have not been disclosed.

One of the photos from the scene shows a person in the back of an ambulance. Another photo shows a man lying on the group with his hands held in the air as police surrounded him.

Some of the witnesses have claimed that the shooting was the result of a road rage incident while many claimed three suspects opened fire on the victims during a drive-by.

However, as per Local 10 News, shooting started at 1:30 pm when the two rappers got into an argument outside the resort before quickly exchanging gunfire.

Witnesses reported that they have heard about 7 to 8 gunshots at the entrance of the resort. On the other side, officers also returned fire.

According to Sunny Isles Beach Police, the suspects were armed with an AK-47 and many handguns.

Two of the suspects have been arrested whereas the third one is being searched for.

The authorities have reported that the Trump International beach has been locked down and have requested the guests to stay in their rooms.