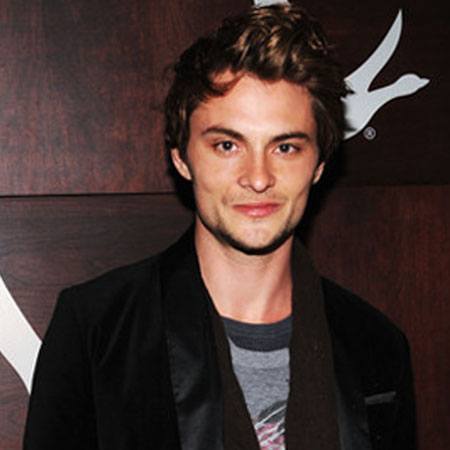 Shiloh Fernandez was born on 26th February 1985 at Ukiah, CA? in the United States of America. His zodiac sign is Pisces and he is an American by nationality.

Shiloh Fernandez grew up with a younger brother and a sister in Ukiah, California. Before he started acting, Shiloh had worked as a dishwasher. Then he went to work as an  American Apparel catalog model. He was handpicked by the CEO of American Apparel, Dov Charney.

Shiloh started off by working in a short movie in 2005. He then made a television acting debut by working in 2006 episode of Cold Case.  From that time onwards, there was no turning back for Shiloh Fernandez.

The notable work of Shiloh Fernandez is as Peter in 2011 movie, Red Riding Hood. He has also done other movies and Television shows like White Bird in a Blizzard and Evil Dead for which he has been widely appreciated.

The role played by Shiloh Fernandez in the television shows like Jericho and United States of Tara was quite famous. Similarly, he has appeared in many Hollywood movies which have established him as a fine actor. He is not only admired for his good looks but, his acting skills has also been appreciated by most of the audiences.

Shiloh has not openly mentioned about his affairs and dating history. However, he was rumored to be dating his  White Bird in a Blizzard co-star, Shailene Woodley.

The rumor came to light when they were seen kissing each other in 2013 in Utah. But, Shailene refused and told that she has been single for four years. Shiloh also denied the rumor and told that she was his good friend.

Previously, Shiloh was reported to be dating an English actress, Juno Temple in 2007. They split up in 2010.

Shiloh has spoken about his habit of smoking weed during his high school days however he has also mentioned that he doesn't need to smoke weed anymore. He regards River Phoenix as his idol and The Thing Called Love as his favorite movie.

He is also reported to have said that if he had not been into acting then he would have majored in the Spanish language. He could have possibly moved to South America to work at a banana farm or in the field of construction. Shiloh also talks about his possibility of being a writer as he is quite good with his hands.

Shiloh Fernandez is of tall height standing at five feet and ten inches. At the age of 32 years, he has maintained a very good physique. His eyes are of dark brown color and he has hazel colored eyes.

Shiloh Fernandez has earned good name and fame in the field of acting. He has years of experience behind him because of which he gets an attractive salary or income. According to reports, his net worth is estimated to be about $4 million.