How are Shailene Woodley and Ansel Elgort related? 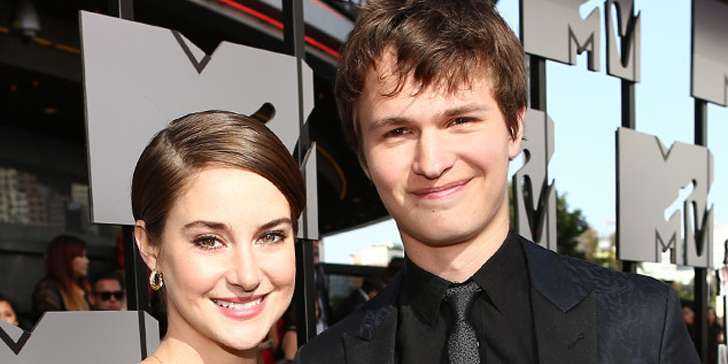 Ansel Elgort an American actor and DJ under the stage name Ansolo. As a film actor, he is known for playing Tommy Ross in Carrie, Caleb Prior in The Divergent Series and Augustus Waters in The Fault in Our Stars where he shared a romantic chemistry with American actress Shailene Woodley who is also a part of the Divergent series. After playing her on-screen love interest, Ansel Elgort insists that his relationship with costar Shailene Woodley is strictly platonic.

He recently opened up about his friendship with his Insurgent co-star, 23. And it turns out, playing brother and sister in the Divergent series is a much better fit for the duo. "Me and Shailene have a really platonic relationship. I've never once wanted her sexually, which is nice," the 21-year-old revealed in the April cover story of Seventeen. When asked whether or not men and woman can have non-romantic friendships besides dating. He replied simply saying, "If a woman is really pretty, it's kind of hard, I'm not going to lie." Well, he may not have found that spark with his friend Woodley, but the romantics do believe that friendship is a relationship necessity. However the actor, who is said to having a secret affair with his high school sweetheart Violetta Komyshan, says he also isn't shy about spoiling the leading ladies in his life including his own mother he says.

When he's not busy shopping for expensive footwear for the women in his life, Elgort is busy trying to break into the music scene. Shailene too has opened up about her relationship with her co-star saying that playing siblings on screen was much better than playing lovers. She also denies having any love angle in their relationship and that it has always been a simple relationship after all. In 2016, there has been no new news of the on-screen couple to turn couples again. All we can do is wait if they will set the screen on fire with their unmatched unusual chemistry.