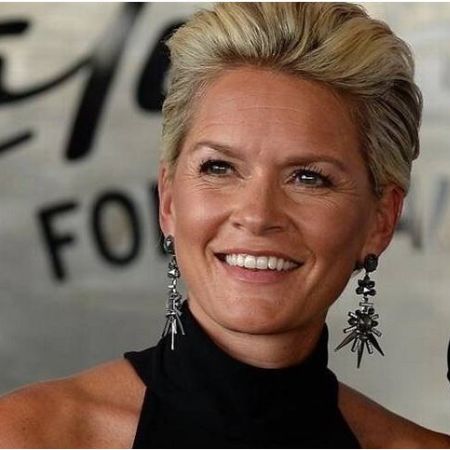 Sherry Pollex is the wife of NASCAR racing champion Martin Truex Jr. and has become an online personality due to her highly publicized battle with ovarian cancer. Her unbreakable spirit in the face of such adversity made her a hero for anyone going through similar circumstances. She stands as a beacon of hope for people battling cancer everywhere.

Sherry L. Pollex was born on May 10, 1979, in Michigan, the United States to Greg Pollex and Julia Pollex. She is one of two daughters born to PPC Racing’s owner Greg, and wife Julia-her sister is Jill Pollex.

Sherry holds a Sports Marketing degree from her alma mater, Florida State University. She met stock car racing champion Martin Truex Jr. when she worked as a public relations representative in 2006. The pair began dating immediately and have been together ever since.

Even before she was diagnosed with cancer, Sherry worked tirelessly towards the fight against cancer. She even founded the Martin Truex Jr. foundation with her partner in 2007, which actively raises funds for the research on ovarian and pediatric cancer as well as provides rehabilitation to affected individuals.

She is also the founder of Lavender Boutique in Lake Norman. The boutique, formed in 2008, supplies clothing for women of all shapes and sizes.

On August 7, 2014, Sherry received the devastating news that she had stage III Ovarian Cancer. After five days, Sherry underwent a rigorous surgery that lasted over seven hours, where surgeons removed about forty-seven tumors from her appendix, spleen, ovaries, fallopian tubes, and part of her stomach. 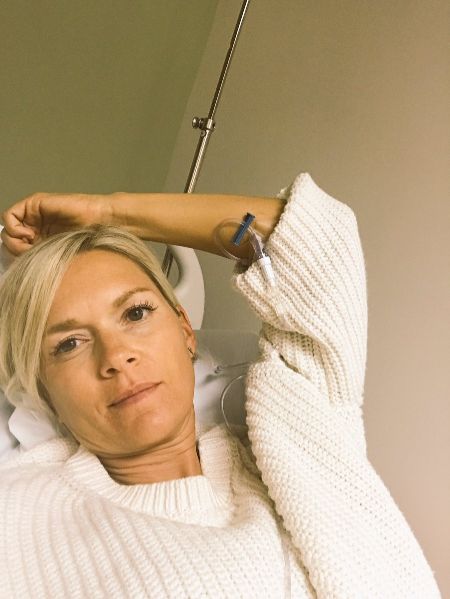 Sherry was then put on chemotherapy for the next 17 months. She announced that she had gone into remission on February 8, 2016. However, she relapsed over a year later and had to be taken into another surgery where surgeons had to take out her spleen and parts of her stomach. She was again put on chemotherapy until her last infusion on February 6, 2018. As of now, she is in remission, taking only oral chemotherapy and maintenance drugs and adhering to a strict diet.

While talking with the Rare Country in mid-2019 she shared that the medicine she has been taking is working very nicely. She also shared that she will be taking it for more three years.

On August 7, 2019, she celebrated her fifth year of "Cancerverary". In that she shared her gratitude for being alive and also she has encouraged to remain positive to other people who are going through the life-threating disease.

Although the extent of Sherry’s wealth is undocumented, it is estimated to be in the millions. Her beau, Martin Truex Jr., is worth $30 million, which he makes as NASCAR world champion-he even won the 2017 cup series championship- and its subsequent promotion and advertisements. Her boutique, Lavendar Boutique, also supplements her income.

Sherry and her partner, Martin routinely donate to charity as well as to their foundation, The Martin Truex Jr. foundation that raises awareness as well as research funds for ovarian and pediatric cancer.

In a Romantic Relationship With Martin Truex Jr.

Sherry has been together with Martin Truex Jr. since 2006. Although they have not officially tied the knot yet, they are as good as married. The pair do not have any children as a full hysterectomy had to be performed on her, which completely negated the chances of a pregnancy. 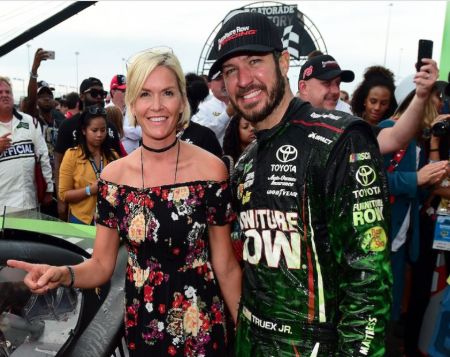 Sherry is a philanthropist, who continues to be a spokesperson for cancer activism to the date. Her battles and triumphs against ovarian cancer have made her an online sensation and an inspiration for people struggling with cancer.

The Martin Truex Jr. Foundation continues to wage its war against cancer and recently celebrated its 10th-anniversary raising funds for cancer research. Sherry also founded the Sherrystrong.org charity website, where she chronicles her struggles and victories as a way to promote cancer activism as well as raise charity funds to donate to people affected by cancer.

As of 2019, Sherry lives a blissful life with her partner, Martin Truex. She has an active presence on Instagram and Twitter, where she routinely shares posts of her philanthropic works alongside Martin. She also takes the time out of her day to cheer on her racing champion beau, Truex.