Shenae Grimes gets married in a black dress 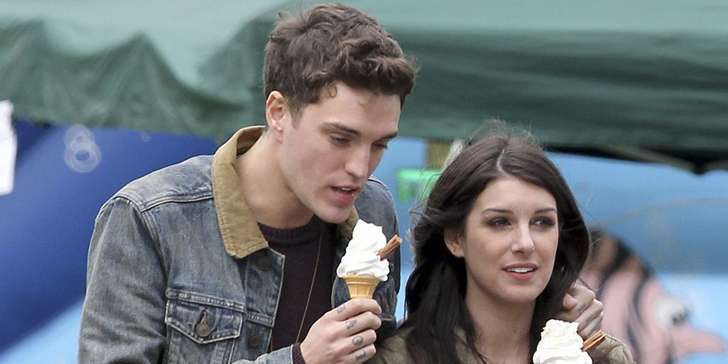 Eliminating all the norms, Shenae Grimes, the beautiful star of the 90210, wore black for her marriage to model boyfriend Josh Beech. The beautiful beauty, whose age is 23, got married to the handsome hunk aged 27 in England. The unique wedding was documented well by the fans of Grimes and the pictures of her wearing black have been circulated around news tabloids.

While the trend of wearing black is not new in the acting fraternity, Shenae defied all odds and chose to wear black for her wedding to her boyfriend. The former star of the hit show 90210 tweeted out the details regarding her marriage to her beau, by posting a photo of her donning a Vera Wang black dress. The dress which is a part of the Vera Wang’s Fall 2012 collection is a Josephine gown with a V neck halter dress amalgamated with a lace bodice and a layered skirt of tulle. The wedding in itself was a laid back affair and the bride carried a bouquet of deep berry colored flowers while walking down the aisle to her to be husband.

The couple had been in a long relation together prior to their marriage. After a long affair and after being seen together on several occasions and spotted by the paparazzi, they confirmed their relationship to the news tabloids. After some time of dating, the couple got engaged and decided to announce their upcoming marriage to the news tabloids. They had been preparing for their big day in England and had been staying there since a long time after the completion of Grimes’s teen drama. With more time in her hands, it sure seems that this beauty with a net worth of 4 million dollars, will surely become the dutiful life to her husband Beech in the years to come.