Sheldon Candis is an American director, producer, actor, and writer who turned professional in 2000. He is most recognized for his performane in LUV, Young Cesar, and The Walk.

What Is Sheldon Candis' Nationality?

Sheldon Candis was born in Baltimore, Maryland, the United States of America. His nationality is an American and he belongs to the Afro-American nationality.

Talking about Sheldon's academics, he attended North Iredell High School. Latre, he enrolled and graduate from the USC School of Cinematic Arts.

Achievements In Multiple Success: How Did He Start His Career?

Baltimore native started his professional journey in 2000. He made his debut as a producer from the short-film Meta. Since then, he has produced other short movies like Crossing My Letter, 9 1/2, Men of Action and My Letter to Hip Hop.

After that, Candis first worked as a writer and director with 2003 film Sonny Listening. He rose to the prominence as the director of the 2007 film Young Cesar staring Clifton Powell, Dominic Daniel, Derek Barbosa, Sean Blakemore, and Affion Crockett.

Furthermore, his other notable credits as a director include The Dwelling, The Walk, LUV, J. Cole Feat. TLC: Crooked Smile, Jerome Bettis: The Bus to Canton, Rebel, Tell My Story, Baltimore Boys, NBA 2K20, and Colin in Black & White. In 2020, he would direct an episode of the television series Cheris the Day. 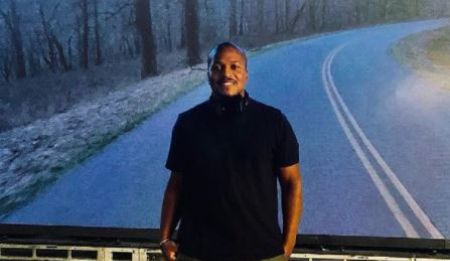 Besides that, Sheldon started his career as an actor with the TV show 8 Simple Rules (2005). Following that, he acted in It's Always Sunny in Philadelphia. He then portrayed the role of guy in park in the short-film My Letter to Hip Hop (2006) alongside Alana Ehridge, Hari Williams, and Alan Weinreb.

How Rich Is Multi-Talented Sheldon Candis?

As of December 2021, Sheldon is active on Facebook with 725 followers and on Twitter with 1,591 followers. Like other celebrities, he also wisely uses his social media platforms to endorse and promote various products, services, companies, and brands.

Additionally, his Instagram has 5,512 followers. According to the Influencer Marketing Hub, he earns between $51.75 to $86.25 per sponsor post with an engagement rate of 3.31%.

Personal Life: Where Does He Live?

At the moment, Candis is reportedly single. Neither his current relationship nor his past affials details are available.