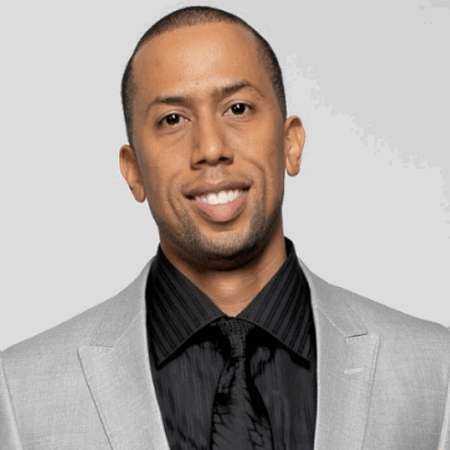 Affion Crockett is an American actor, writer, rapper, dancer, a comedian as well as a music producer. He is well known for his movies, Dance Flick with the Wayans Brothers, Soul Men with Samuel L. Jackson & Bernie Mac and Welcome Home Roscoe Jenkins with Martin Lawrence.

Affion won the breaking and popping dance contests as a preteen with his brother.

Affion Crockett was born on August 12, 1974, in Fayetteville, North Carolina, United States of America. He belongs to American nationality, and some sources suggest that his ethnicity is black.

Affion’s mother is a West Indian, and his grandfather was a Chinese Trinidadian.

Affion enrolled at the Fayetteville State University where he graduated with a bachelor's degree in business.

Affion Crockett began his career, performing at the age of ten and won the several local contests. In 1996, he appeared in the HBO television series Def Comedy Jam as demonstrating his impressions and physical comedy.

Affion appeared in the several television drama series such as CSI: NY, NYPD Blue, and The District. He also appeared on the American sketch comedy show, Short Circuitz with Nick Cannon aired on MTV.

Affion is portraying as Car Customer #2 on the American comedy television series, Curb Your Enthusiasm and Cedric the Entertainer's Show.

In the year 2000, Affion debuted with the Charlie's Angels as an Uncredited role. Later, he appeared in several movies including For the Love of Money, Miss Congeniality 2: Armed and Fabulous, The Life and Times of Marcus Felony Brown, Never Back Down and much more.

Affion began his sketch comedy show, In the Flow with Affion Crockett aired on Fox channel. The show was produced by Jamie Foxx, but the later show was canceled due to low ratings after airing the six episodes.

On November 6, 2012, Affion released his comedy album, Watch the Clone.

Affion Crockett is not married yet and has not been into any relationships lately. Moreover, the media is still unknown about his previous affairs. As per some source, Affion was rumored to be gay. However, there was no any confirmation about his orientation.

Affion was once in an argument for his controversial statement as he tweeted:

The Wedding Ringer star was friend with the comedian, Charlie Murphy who recently passed away. The actor is very active on Twitter and is widely known for sharing humorous tweets among the followers.

Affion Crockett has many sources of his income including acting and dancing; his current net worth around is $6 million.

Affion stands at the height of 1.85m/ six feet and one inch.