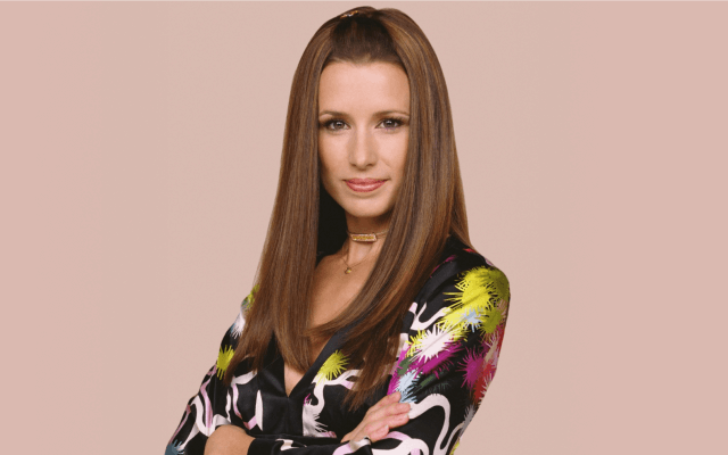 Shawnee Smith is an American actor and singer who started her acting career at the age of nine in 1978 and has more than 70 acting credits in her name. She is very famous for her appearance in the Saw franchise as Amanda Young and in the CBS sitcom Becker as Linda.

How Old Is Shawnee Smith? What Is His Nationality?

Shawnee Smith was born as a Shawnee Rebecca Smith on July 3, 1969, in Orangeburg, South Carolina, U.S., and after a year her family moved to Van Nuys, California. She is of American nationality while her ethnicity is missing.

She was born as a second child to Patricia Ann(oncology nurse) and James H Smith(financial planner and former ‘US Airforce’ pilot). Her parents separated when he was just two years old.

Regarding education, she joined Ranchito Avenue Elementary School and went to Madison Junior High School. Later on, she completed her high school graduation from North Hollywood High School in 1987.

The 51-years-old, Shawnee Smith seems to be enjoying the single life as of now but previously she faced two unsuccessful marriages.

Firstly she was married to photographer Jason Reposar in the year 1998. Together they shared a daughter named Verve. However, their marriage didn't last as they separated in 2003.

After two years, she married musician Kai Mattoon in 2005 and welcomed a son named Jackson Mattoon. But her second marriage also didn't work well and they divorce in 2006. Also, she has welcomed a son in 2010, however, the detail on her third kid is missing.

Also, she had affair with Cleto Escobedo III, Kai Mattoon, and Jerry Cantrell.

Shawnee Smith has earned a huge amount of worth from her career as an actor. As of 2021, she has a $3 million fortune in her account.

While talking about her career, she was interested in acting since her childhood days and started appearing on stage when she was around nine years old. Well, she performed in the original stage production of To Gillian on Her 37th Birthday and was able to receive the Dramalogue Critics Award.

She made her on-screen debut in 1982 from her appearance in the movie named Annie. In 1982 she was cast in the TV series named Silver Spoons as  Tawny. Some of her notable movies and TV series include Cagney & Lacey, All Is Forgiven, Who's Harry Crumb?, Lucky Chances, Eat Your Heart Out, The Tom Show, Traveling in Packs, Anger Management, Believe.

She is very famous for her appearance in the American horror franchise, Saw. In the series, she has shared the screen alongside  Cary Elwes, Danny Glover, Ken Leung.

Here is the list of her movies that have earned huge amounts in the box office collection.