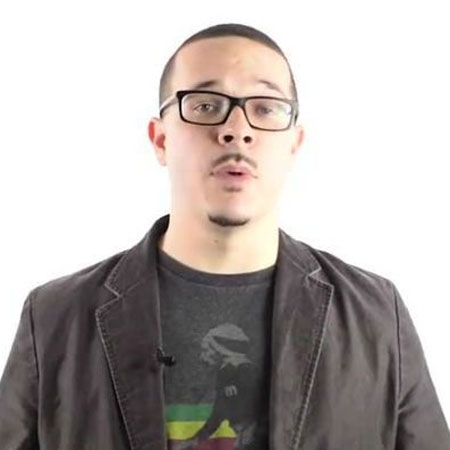 Shaun King is an American writer and civil rights, activist. He is popular for his social media to promote religious, charitable, and social causes. Shaun is the former justice writer for the New York Daily News and has even served as a political commentator for The Young Turks.

Previously, Shaun King worked as a contributing writer for Daily Kos. King belongs to American nationality and his ethnicity is white.

He was born on September 17, 1979, in Franklin County, Kentucky, United States of America. Shaun King grew up in Versailles, Kentucky and raised by his white mother. He is the son of Jeffrey Wayne King and Naomi Kay Fleming. He has two brothers named Jason King and Russ King. King attended Huntertown Elementary School and Woodford Country High School.

After completing his school studies, Shaun King majored in history from Morehouse College, historically black men’s college in Atlanta, Georgia. He completed his graduation in 2002. After that, he served as a research assistant for Morehouse history professor Alton Hornsby Jr.

Shaun King began teaching in high school in his early career. He then became a motivational speaker for Atlanta’s juvenile system. He established a church in Atlanta named Courageous Church in 2008.

During the period of the pastor, Shaun King founded a HomeinHaiti.org as a Courageous Church in March 2010. However, he resigned from the Courageous Church for personal strains and disillusionment in 2012. At this time, he and web designer Chad Kellough established HopeMob.org, a charity site used in voting to choose a particular person’s story.

Shaun King became a contributing blogger for the politically liberal website in September 2014. He has also raised money for many reasons like the Tamir Rice shooting, and various occasions. King appeared in a program hosted by Cenk Uygur.

Shaun King is a married man. He has been married to his long-term girlfriend Rai King. The couple is currently raising five children together. Among five, three of them are their biological children and two by custody and adoption.

Shaun King has had foster children, nieces, and nephews who also stay with him.

A number of websites charged to Shaun King of faking his racial identity in August 2015. However, various websites unsuccessful to include contradictory statements made at the time by the officer in 1995.