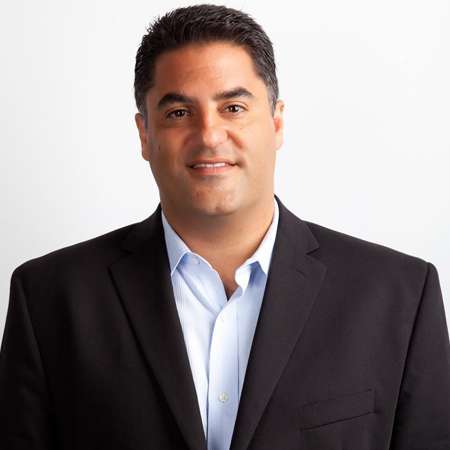 Cenk Uygur is a columnist, commentator, and political activist of Turkish- American nationality who is the co-founder of the commentary program The Young Turks and is also the co-founder of the TYT Network. His channel The Young Turks has over 4.37 million subscribers which have crossed 4,182,415,13 video views. He worked as a political commentator for the MSNBC network from 2010-11. Later, he worked for Current TV from 2011-13. He was a Republican before 2000 and became an Independent supporter from 2000-16 and became Democratic in 2016.

Cenk Uygur was born to a Turkish family in Istanbul, Turkey on 21st March 1970, Istanbul, Turkey. He belongs to Turkish and American nationality and regarding his ethnicity, Uygur has a mixed ethnical background.

Born in Turkey, Cenk immigrated to New Jersey with his family at the age of eight. He graduated from the East Brunswick High School and despite being raised as a Muslim he became agnostic.

He majored in management from the Wharton School of the University of Pennsylvania. He also earned a degree in law from the Columbia Law School and worked as an a s sociate attorney in the Drinker Biddle and Reath and Hayes and Liebman law firms.

He appeared as a host of a talk show and started his career, first on the WWRC radio show and then later in WRKO in Boston. He also wrote as a columnist for the WAMI-TV and started the show of The Young Turks on Sirius Satellite Radio.

Cenk also founded the TYT network later and as a young man has conservative views socially. He criticized feminism and abortion but is now progressive.

He appeared as a political commentator for MSNBC in 2010. He ran a weeknight commentary show for the duration of six months but was later replaced by Al Sharpton.

He then joined the Current TV and hosted a show there. The show ran from December 2011 to August 2013 and he also became the chief news officer of Current TV. The Current TV was then acquired by the Al Jazeera Media Network.

According to Celebrity Net Worth, Cenk Uygur’s net worth is $5 million, as of 2019. He has ama s sed this amount of figure from his two decades over journalism career.

His actual salary is not known but by the looks of his net worth, it must be in the range of thousands of dollars.

As far as his personal life is concerned, Uygur was raised in a Muslim family.  As of now, he describes himself as a fervent agnostic and atheist. He achieved the Humanist Media Award from the American Humanist Association.

He started having an affair with marriage and family therapist Wendy Lang. they eventually got married but the actual date of marriage is not known. He has a daughter and a son with his spouse who was born in 2012 and 2010 respectively.