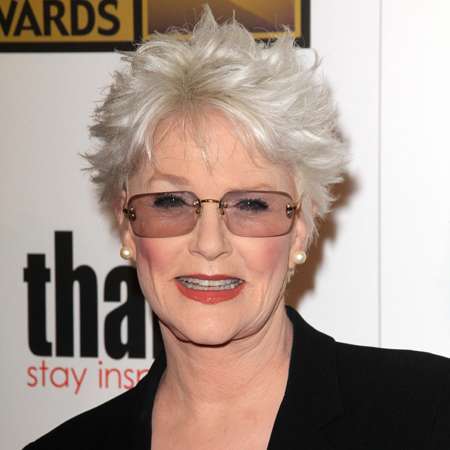 Sharon Gless is a famous talented, television, film and stage character actress born on May 31, 1943, in Los Angeles, California, US. She is the fifth-generation Californian, born to Marjorie and late Dennis J. Glees, manufacturing executive in Sportswear. Her maternal grandmother is Neil McCarthy, a prominent Los Angeles attorney for Howard Hughes. She is pure American by nationality and of white ethnicity.

Sharon Gless' grandfather gave her $150 and told her to attend an acting cla s s. She worked as a secretary for the advertising agencies Grey Advertising and Young & Rubicam, and then for the independent movie production companies Sa s safras Films and General Film Corporation while attending her acting cla s s at night. In 1974, she signed a 10-year contract with Universal Studios. Near the end of her contract, she was identified in the media as the last of the studio contract players salaried, old Hollywood apprentice system which Universal was the last to employ.

Sharon Gless, from the start of her career, has made a number of appearance in various television series and movies, including Revenge of the Stepford Wives, The Rockford Files and James Naughton in 1973 and 1974, Emergency!, and Faraday & Company with Dan Dailey. She had a minor role Marcus Welby, MD, until she received an offer to take the role of Kathleen Faverty and began playing the part from 1974 till 1976. From 1975 till the end of 1978, she was  the recurring cast for CBS's private detective/con artist 'Switch' alongside Robert Wagner and Eddie Albert. The show was canceled after running for the third season.
While she working on the ongoing contract for the Universal, she co-starred in a number of films such as Turnabout, and House Calls, which she took the place of  Lynn Redgrave.

Sharon Gless' grandfather, Neil S. McCarthy (May 6, 1888 - July 25, 1972), was considered by many to have been the most respected and powerful entertainment lawyer of Hollywood's Golden Age. His clients included Howard Hughes, Paramount Pictures, Louis B. Mayer (personally), Betsey Maria Cushing Roosevelt, and Cecil B. DeMille. The famous McCarthy Chopped Salad, at the legendary Polo Lounge, was named after him.

Sharon Gless co-starred in USA Network's hit series, Burn Notice (2007) (2007-2013), which ended its seventh and last season on September 12, 2013. In the Miami-based series, she portrayed "Madeline Westen," the chain-smoking, hypochondriac mother of, the spy in the titular burn notice, Michael Westen, portrayed by Jeffrey Donovan.

Sharon Gless finished producing two films: Once Fallen and Hannah Free  at the end of 2008. Gless received her most recent Emmy Award nomination in 2008 for her multiple-episode arc role in the hit FX series, Nip/Tuck (2003) as "Colleen Rose," an ambitious Hollywood agent with dark secrets. In 2006, she received critical acclaim, both in the US and the UK, for her starring performance as "US Secretary of Defense Lynne Warner" in the BBC/BBC America miniseries, The State Within (2006).

Sharon Gless also appeared in "A Round Heeled Woman", a new play based on the best-selling book by Jane Juska, about a 60+-year-old woman's adventures in later-life sex and romance. Gless was both the producer and star.

In April 2007, Sharon Gless got  The Theatre School at DePaul University's prestigious Award for Excellence in the Arts. In 2007, she also celebrated the Silver Anniversary of Cagney & Lacey (1981), the first season of which was released on DVD in the spring. Gless continues to work wholeheartedly in the business for she dearly loves.

In 1994 and 1995, Sharon Gless and her television partner, Tyne Daly, joined together to recreate their title roles in a quartet of critically-acclaimed and popular "Cagney & Lacey" television movies, which they fondly call "The Menopause Years". Other television series in which she starred include Switch (1975), House Calls (1979) and the short-lived but critically lauded Steven Bochco half-hour, Turnabout (1979).

In 2000, Sharon Gless created the role of the outrageous and beloved "Debbie Novotny" in the groundbreaking Showtime series, Queer as Folk (2000) and remained with the series throughout its five-season run. Wherever she goes, Gless is regularly approached by fans wishing to express their appreciation for her honest portrayal of a loving parent of a gay child.

Sharon Gless' theatrical film credits include suspenseful and provocative film, The Star Chamber (1983), in which she portrayed the wife of Michael Douglas. She has recorded several "Books on Tape" and has starred in numerous radio plays, one of which, "'Night, Mother," for the BBC, earned Gless the International Sony Award. She continues to do radio plays for L.A. Theater Works and the BBC.

Sharon Gless is an active participant in the ongoing struggle for a woman's right to choose and joined hundreds of thousands of women in Washington D.C. for the first-ever "March For Women's Lives", where she stood in solidarity with her entertainment industry colleagues. In 2005, she was honored by Norman Lear's "People for the American Way" for her unwavering support of human rights. Gless spends her time at home in three of her favorite cities: Los Angeles, Miami (where "Burn Notice" was filmed), and Toronto (where "Queer as Folk" was filmed).

Sharon's mother and father divorced when Gless was a teenager, she has two brothers and two sisters in law. In 1991, she married the producer of Cagney & Lacey Barney Rosenzweig. When Gless was married to her husband she was already 48 years old. She is currently living in Miami with her husband and family but still owned a house in Los Angeles.
This hardworking diversely talented actress is showered with a net worth of $10 million and a big fat salary.