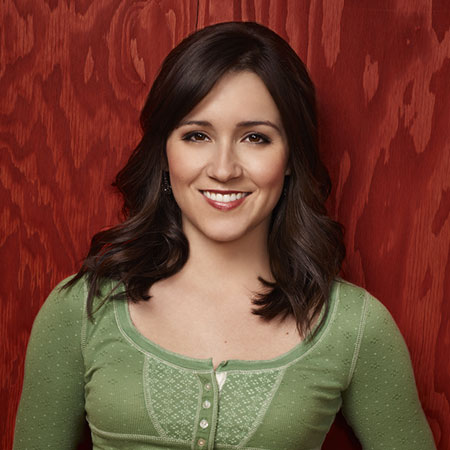 Shannon Marie Woodward is an American television and film actress. She is an actress best known for playing Sabrina on Raising Hope and Di Di Malloy on The Riches. She played Elsie Hughes, a programmer on the HBO series Westworld in 2016.

She is a white American and does not belong to any particular ethnicity, and her nationality is American.

Shannon Woodward was born on December 17, 1984, in Phoenix, Arizona USA. She went to Olympic Heights Community High School in Boca Raton. She was brought up in Florida.

She began acting during her High school. Later,  casting director of Nickelodeon's Clarissa Explains It All, saw her and cast her in a small role in the show.

Shannon Woodward began her acting career on the Nickelodeon series Clarissa Explains it All, acting opposite Melissa Joan Hart in 1991. She was also in the TV movie Family Reunion: A Relative Nightmare where she starred as Leigh Dooley. After that, she made her feature film debut as Emma Sharp in an American comedy film Man of the House in 2005.

Woodward got her big break on the series The Riches on cable network FX, in 2007 as Di Di Malloy, the teen daughter and middle child in an American family of Irish Travellers. Besides, Woodward also starred in the independent drama Girlfriend in 2010.

Shannon Woodward was also in the FOX sitcom Raising Hope, which also starred Cloris Leachman and Martha Plimpton, from September 2010 to 2014. In the year 2015, she also played the lead character in comedy-drama The Breakup Girl.

Shannon plays Lios in the 2017 move All Nighter. And in 2016, she played Elsie Hughes, a programmer on the HBO series Westworld.

Shannon Woodward isn't married yet. However, she was reportedly in a relationship with David Gallagher. He is an actor as well. They reportedly broke up within a year.

Woodward is rumored to be dating the Twilight star, Robert Pattinson. However, there is no confirmed news on her current affair, boyfriend or relationships.

Popular and associated with reputed movies and TV series like Westworld, Clarissa Explains It All and The Haunting of Molly Hartley, she has a net worth of $3,00,000.