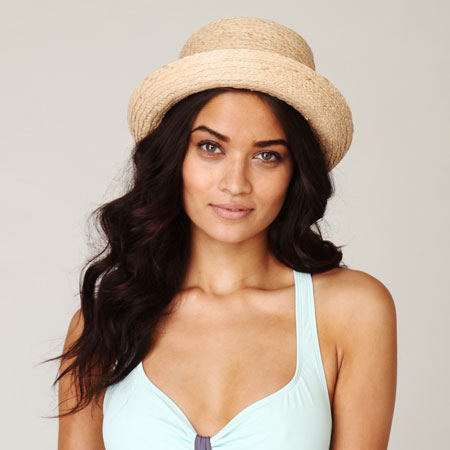 Shanina Shaik is a famous Australian model and actress. She is best known for walking the ramp for Victoria’s Secret fashion in 2011 and 2012. She also appeared as herself in the TV movie called The Victoria’s Secret Fashion Show in 2011.

Shanina Shaik was born in the year 1991, February 11 in Melbourne, Australia.  She is the daughter of Lithuanian mother, Kim Shaik and Pakistani father, Hanif Shaik who follows the Roman Catholic religion.

Shaik belongs to mixed Indo-European and Asian trait ethnicity and holds an Australian nationality. She was interested in modeling from an early age.

Shaik started modeling for Myer when she was eight years and also appeared in a TV commercial for Hyundai. But later she quit modeling and joined the high school for further study.

Shaik was a talented student due to which she was allowed into an accelerated program which led her to complete her graduation a year before her classmates.

At the age of fifteen, Shaik participated in the Girlfriend Model Competition.

In the year 2008, Shaik entered an American reality television show Make Me A Supermodel and finished as runner-up.  In the show, she met US actor/model Tyson Beckford with whom Shaik was in a relationship.

The next year, Shaik ramp walk in eight shows in New York City. Later, she walked for designers such as Lorick, Richie Rich, Abaete, Shipley and much more. In the second season of summer 2010, she earned the scorecard.

In 2010, Shaik also walked for the Bebe and Project Runway. Moreover, she has appeared in several catalogs such as Free People, Intermix, Lovable, Alloy, Shop Bop, Alloy and much more.

Shaik signed a contract with the New York Model Management and got the opportunity to write editorials for Men’s Health and Seventeen Magazine.

In 2011, Shaik moved to the US and walked for Victoria’s Secret is the fifth Australian model after Miranda Kerr, Jess Hart, Abbey Lee Kershaw, and Elyse Taylor.

Shanina Shaik has been very successful in her modeling career and is one of the most popular Australian models. Her net worth is estimated to be around 10 million at current.

Shanina Shaik is also famous for her series of failed relationships. She ended the seven years-long relationships with her boyfriend Tyson Beckford in 2015. At the same time, she even dated Tom Penfold from 2008 to 2009 and Julian Posey in 2014. She also had an affair with Ryan Leslie.

Shanina Shaik was rumored to have linked with Justin Bieber and Sean Combs.

She married to Greg Andrews or DJ Ruckus. The couple shared the wedding vows on April 18, 2018, in the Bahamas after sharing the rings in January 2016 and currently live together in Florida.

Ruckus proposed her in December 2015 in his cousin’s private beach in the Bahamas. He proposed her with two rings getting down on his knee. They first started dating in June 2015 after meting in 2015 at the Coachella Valley Music Festival.

However, the couple is no more together.

On Process To Separation

After the year of the marriage relationship,  Shanina, and DJ Ruckus called off their relationship in June 2019. Hover they have not preferred to share the reason for their separation asking all of their fans to respect their privacy.  Shanina filed for the divorce on July 2, 2019, in  Los Angeles County Court.