Shamless Actor Cameron Monaghan Rumored to be Gay, Details about his Affairs and Dating History! 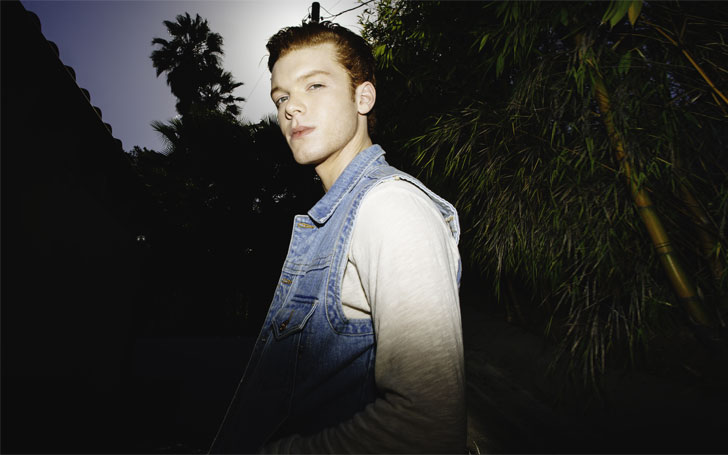 Cameron Monaghan is an American actor who is best known for his role in Shameless, the 22 years old actor has been the part of the film industry since he was three-years-old.

The Shameless actor is often questioned regarding his sexual orientation, he is rumored to be gay. Is he dating someone? Is he married or is he single?

Besides being an actor, Monaghan is also a model. Cameron who is best known for his gay character Ian Gallagher in the popular television series Shameless has a huge group of fan-following that is eagerly waiting to know whether the actor is gay IRL. We have the answer!

A lot of people started speculating Cameron's sexual orientation after his natural performance as Ian Gallagher in Shameless. As per the tradition to question an actor's sexuality, if he is often seen romancing the same gender instead of the opposite gender, Cameron Monaghan wasn't  left alone as well.

Cameron Monaghan who plays a gay character in a drama series Shameless is not gay in real life. To the dismay of all his gay fans, the 22 years aged handsome hunk completely trashed the gay rumors by hinting his affair with an actress Ruby Modine who will soon be seen in the upcoming movie Happy Death Day. Cameron kissing with his co-actor in Gotham

Cameron admitted that it is a bit odd to "come out" as a straight guy, additionally, he also said: "This is the only time I will answer this here: No, I'm not gay. Yes, I play a gay character. No, the question should not be relevant"

Who is Cameroon Monaghan Dating Currently? His Dating History

Well, the Gotham actor keeps a low dating profile, however, he is believed to be in a relationship with Shameless co-actor, Ruby Modine. Ruby Modine is a 26 years old American actress best known for her roles in 'Shameless'. The duo is fortunate to spend more time together as they work for the same drama series, besides this, they are often seen together even when they aren't working.

The couple reportedly started dating in 2016 and are still together. Their relationship was official when the Vampire Academy actor Cameroon revealed that he was dating her co-actress Ruby Modine, partly from the pressure of being gay in real life.