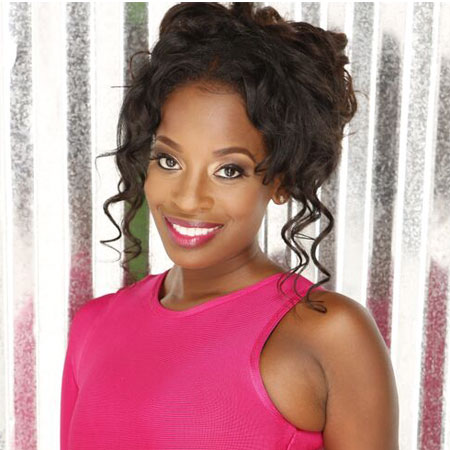 Shamea Morton is a famous actress, reality show star, and a singer who is also known for being a cast member in the series, The Real Housewives of Atlanta. Morton has performed with artists including Shamari Fears-Devoe and Keri Hilson. She is also known as the former member of the quartet Co-Ed. Apart from her involvement as an actress and a singer, Shamea Morton is also working as an Atlanta Hawks' presenter and a radio show host.

Shamea Morton was born on the 13th of May, 1982 in Atlanta, Georgia in the United States. Her parents are of Kenyan origin. She is an American by nationality and ethnicity wise she is an African-American. Born as the youngest of three children, Shamea Morton considers her family as the most important aspect of her life.

Morton was interested in singing from a very young age. She used to sing in her church choir when she was just four years old. Everyone called her Little Miss Tiny. Morton took jazz and hip-hop dance cla s s in her younger years.

Morton went on to enroll at the Morris Brown College to study broadcast journalism. She later joined the Georgia State University and majored in psychology and sociology.

Similarly, Morton had an amazing time cheerleading for the Atlanta Falcons as well. Morton performed exceptionally well at the Georgia Force of the Arena Football League which made her more famous. She has also appeared as a dancer in the 2002 movie Drumline. That was her first movie role.

After that, Morton worked in Tyler Perry's stage play titled The Haves and Have nots. She is extremely dedicated and committed to her work because of which she has gained success in the field that she has stepped in. She also appeared in The Real Housewives of Atlanta, a reality TV series as Porsha William's friend.

She Possesses $2 Million As Her Net Worth

According to sources, Shamea Morton's net worth is $2 million as per celebrity net worth, in 2019. Morton has racked up such an impressive amount of net worth from her work in various hit TV shows.

Shamea is widely known for her appearance on The Real Housewives of Atlanta where she is paid over $175k a year.

Shamea Morton tied the knot with her husband Gerald Mwangi, on July 22, 2017, in a private wedding ceremony. Sources report, she first met her future husband Mwangi at a lounge in Atlanta. Her spouse Gerald is a businessman originally from Kenya.

The couple had been in a relationship for a long time.

They Have A Child