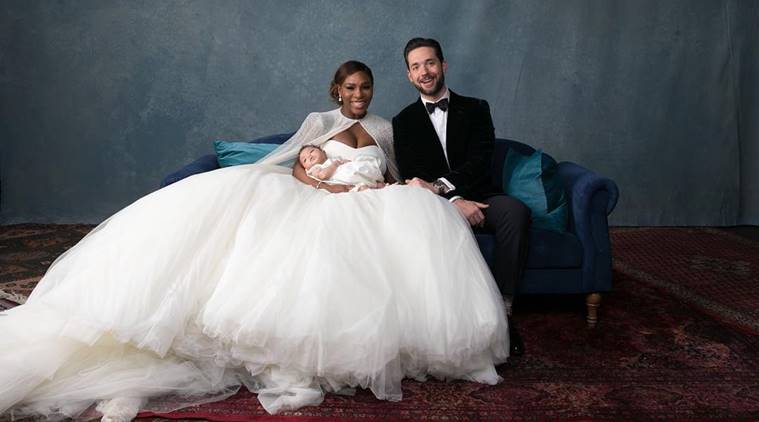 On Saturday, January 27, Serena Williams made an Instagram post where she shared an adorable picture of her newborn daughter, Alexis Olympia.

In the picture, 4-month-old, Olympia was seen sitting on a couch wearing a crocheted yellow dress. The mother and daughter duo, who are fond of one another spend much time with each other.

Showing all her excitement and happiness, Williams,36, captioned the post:

Williams even took on her daughter social media account and shared the photo congratulating Williams friend and Alexis’ auntie, Caroline Wozniacki, for her win in the Australian Open. The tournament happened to be the same that Williams withdrew from.

Well, those wishes were from Alexis’ social account and Williams later took on to twitter to admire the success of the tennis player's victory. She wrote:

I got too nervous to watch but woke up to @CaroWozniacki new number one and Aussie Open champ. So awesome. So happy. Are those tears? Yup, they are. from a year ago to today I’m so proud my friend so proud. Literally can’t even sleep now”

Serena Williams was earlier scheduled to perform at the Australian Open and defend her title this month but she went on to withdraw 12 days before the tournament started.