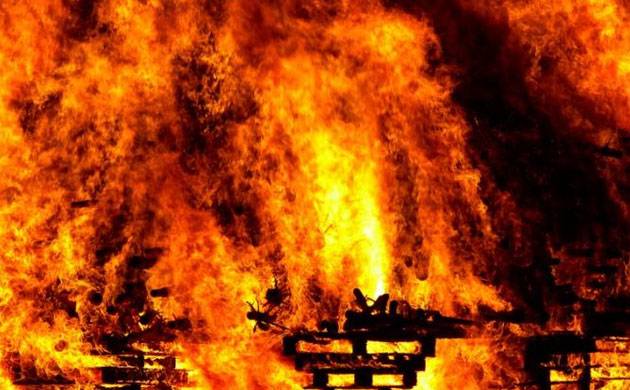 A massive fire has broken out at a building in the Camden Lock Market in North London last night. It’s only about a month since a giant blaze caught the huge apartment building in West London. According to the London Fire Brigade, ten fire engines and 70 firefighters fought the blaze in early Monday morning. They also said the firefighter has brought the situation under control while the crews remain at the place overnight to damp down the remaining hot spots.

As per the reports, the fire had begun in the building with an Honest Burger Restaurant sits on the ground floor which later rose up to damage the first, second, and third floors and the roof of the building.

As per Mirror, the fire caught the building during the midnight which was brought under control by around 2:50 in the morning. Deana Irwin, living next to the market says she has seen flames blazing about 5 m high from the top of the building.

In the morning the London Fire Brigade informed their firefighters took the situation under control in Twitter as:

The #CamdenMarket fire is now under control but crews will be damping down into the morning © @CamdenJohnny Latest: https://t.co/WYOasMBp2a pic.twitter.com/nWEgvv0ZMb

The major fires have hit the market area twice before it in last few years once in 2008 and later in 2014.