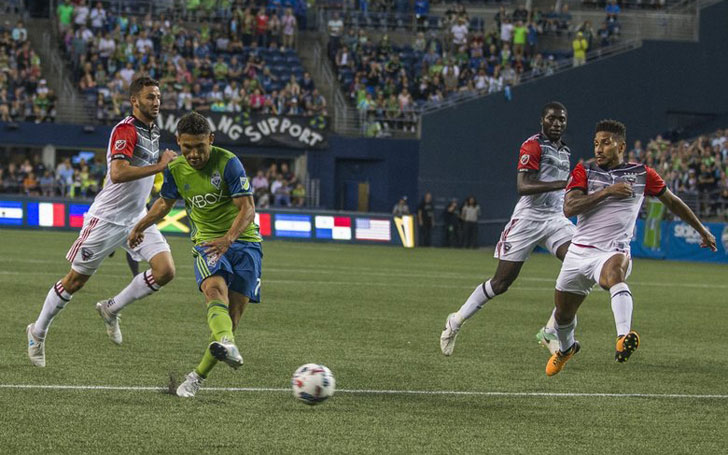 The Seattle Sounders has registered a record victory against the D.C. United in MSL on Wednesday following the spectacular comeback in the second half.

Lagging 3-o behind in the starting of the second half, the Sounders scored four consecutive goals in 27 minutes to secure the triumph. DeShorn Brown, Ian Harkes, and Lloyd Sam from the United netted goals between the 50th minute of the game letting no hope for the Sounders fans. But the Sounders who were playing without some key players made their strong comeback with Will Bruin's goal in the 51st minute. Seattle Sounders win 4-3 over D.C. United in a thriller match in MSL

Brad Evans joined Bruin after 11 minutes and reduced United's lead to one where Gustav Svensson leveled the score in the 74th minute and the winning goal came from Christian Rodan (Newman) in the 78th minute. Before they could celebrate their marvelous victory, they lost one of their key midfielder Nicolas Lodeiro in the 89th minute who will miss next match versus San Jose Earthquakes.

After the match, Roldan said,

We made it difficult on ourselves, we had no one to blame but ourselves. We would never have conceded three goals. I know I said that the last time we did, but we can never do that again.

After winning the match, Sounders have reached the 6th position in the West Conference in the MSL, just one point above the San Jose, with whom they are playing next week. Sounders including Portland and Vancouver have the same 27 point where Vancouver left to play two games and Portland has played one game more.