Sean Parker and Wife Alexandra Lenas Joyfully Living Their Life With a Son and a Daughter! 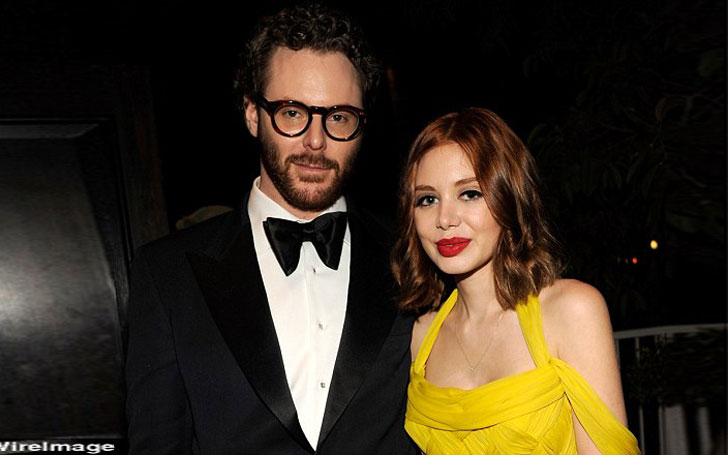 The founding president of social networking site Facebook, billionaire Sean Parker is one of the leading names in the internet world. He is also the founder and chairman of the Parker Foundation and co-founder of Napster.

Most of you know all about his professional life, but how much do you know about his personal life? Well, to get things started, Parker is married to Alexandar Lenas. Get all the details of his relationship with his wife.

Tech billionaire Sean Parker and his wife Alexandar Lenas have been married since 2013. According to some sources, the couple started dating in 2010, and after dating for nearly a year, Parker proposed to Lenas in February 2011.

The 38-year-old co-founder of Napster and his singer and songwriter wife tied the knot in the $10 million wedding ceremony at Big Sur, California on1st June 2013. The Game of Thrones-themed ceremony was one of the most unusual ceremonies of 2013.

Sean Parker and his wife Alexandra Lenas on their wedding

Just a few month ago of the big day, the couple welcomed their first child together, a daughter, Winter Victoria Parker, on January 6, 2013.

Reportedly, the billionaire internet investor and his wife had a public spat soon after their wedding ceremony. He said to The Guardian at the time:

"My wife and I should be happy right now, elated to have been married,"

"Instead we are being spat upon by complete strangers while walking together on the street, cursed at by a waiter in a restaurant who had read bogus media reports about our wedding, and told by complete strangers that we should get our divorce papers ready since our marriage clearly isn't going to last,"

They also welcomed their second child, a son, Zephyr Emerson Parker, born on December 1, 2014. Lenas announced the news the baby's arrival via her Instagram post sharing a snap of herself cradling the newborn.

If Lenas' Instagram is trusted, we can say the couple is quite close to their children as she frequently shares pictures of their fun time together and vacation on her Instagram time and again.

The former president of Facebook, Parker disclosed that he regrets helping turn the social network to make it a global phenomenon as he criticized social networking giant.

Taling to Axios in November 2017, the founder and chairman of the Parker Institute for Cancer Immunotherapy also said that he has become "something of a conscientious objector" on social media.

He explained that social networking sites has exploited “a vulnerability in human psychology” saying:

"We need to sort of give you a little dopamine hit every once in a while, because someone liked or commented on a photo or a post or whatever... It's a social-validation feedback loop... a vulnerability in human psychology,"

“It literally changes your relationship with society, with each other. It probably interferes with productivity in weird ways. God only knows what it’s doing to our children’s brains,”

The first president of social networking site Facebook, Parker became a billionaire from there and resigned the post in 2005.