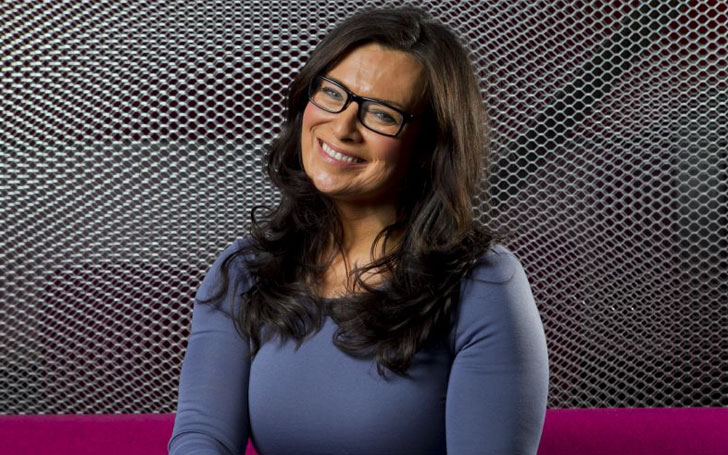 Twins are pretty rare, so the news of having twins naturally brings joy. But when the BBC Scottish weather forecaster Judith Ralston held little Max and Georgia for the first time there was an unspoken underlying tragedy.

BBC Scottish weather forecaster Judith, the mother of 3 has gone through enough to deserve the happy married life that she is now living with her husband and children. We talk about all her struggles and married life here today.

The Scottish BBC weather presenter Judith married meteorologist officer Fraser. The couple is happily married till date without any public divorce debacle or fights. Judith and Fraser Both work in the journalism industry.

Her love of all things weather- related have taken even over her personal life after marriage. In 2010, an interview with Scotsman she said:

I get a real meteorological buzz out of it. We are briefed by the Met Office and write our own scripts. We bridge the gap between the scientific end and the public end.

Currently, Judith lives in Glasgow, Scottland with her husband and three children. Her family frequently travels together, and also attend several events together.

Judith Ralston who is now the mother of three has faced numerous miscarriages including the death of twins after delivery. After

When she gave birth to twins Max and Georgia, Ralston said she still remembered how she lost their elder siblings. She became emotional while talking about her lost babies with The Sunday Post in 2017.

I lost my little girl when she was 24 weeks, a stillbirth really? The other baby was lost really early. I don’t mind sharing it as I know a lot of women go through it. A year on I saw my friend go through the same thing and I was able to talk to her about it.

Subsequently, she had their son Alexander, now 14, but then suffered a series of miscarriages. After several miscarriages, the couple made a plan to go for adoption because they wanted more children.

Image: Judith and Fraser with their wins Georgia and Max

However, In mid-2009, she was again pregnant with twins and she thought that She couldn't face another miscarriage again.Twins Max and Georgia were born nine weeks premature and had to put under special care.

She feels she is lucky to have saved her twins, who turned 6 in February 2017. The twins, Max and Georgia are living a healthier life and let's hope her pain ends now. For more updates and celebrity gossip, keep a tab on Article Bio.