British-Canadian actor, Scott Speedman is very famous for her appearance on TV's Felicity as  Ben Covington. Also, he is known for his appearance in the film,  Underworld.

Scott Speedman was born Robert Scott Speedman on  September 1, 1975, in Hammersmith, London, England. He is of British Canadian nationality while his ethnicity is missing.

He is the son of Scottish parents Mary(primary school teacher and champion runner) Roy Speedman (1944–1999), a department store buyer. He was raised alongside his sister, Tracey who died on February 8, 2016, from cancer.

Regarding education, he completed his schooling at Earl Haig Secondary School. Later on, he graduated from the University of Toronto and York University.

While he was at the school level he was a competitive swimmer. At the 1992 Olympic trials he was placed ninth as a member of the Canadian Junior National Swim Team. Later on, he left the sport after suffering a neck injury.

Who Is Scott Speedman Married to?

The 45-years-old, Scott Speedman is in a longtime relationship with Lindsay Rae Hofmann. As per the source, they have been dating each other since 2017. 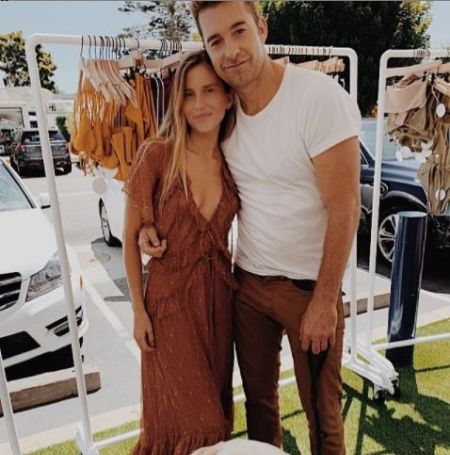 With his partner, he is expecting his first child. Lindsay flaunted her baby bump on Mother's Day and announced about her pregnancy writing,

Scott Speedman has a net worth of $3 million as per the celebrity net worth from his career as an actor since 1995.

He made his acting debut from his appearance in the TV series, Kung Fu: The Legend Continues. After this, he has worked in several series such as  Nancy Drew, Net Worth, Goosebumps, A Brother's Promise: The Dan Jansen Story,  Dead Silence, Every 9 Seconds, Felicity, Animal Kingdom, Grey's Anatomy.

As of now, he is very famous for his appearance in the American psychological thriller television series, You. The other casts of the show include Penn Badgley, Elizabeth Lail, Luca Padovan, Zach Cherry.

Also, he is all set to appear in upcoming movies such as Sharp Stick and Crimes of the Future.