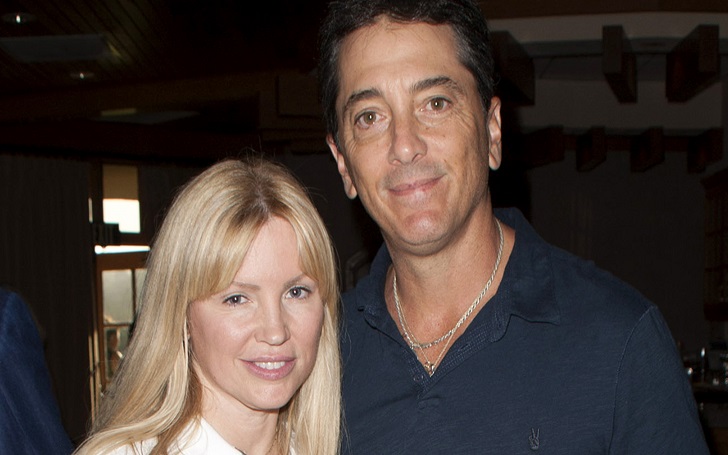 The 57-year-old American actor, Scott Baio, is going through a tough time these days.Baio’s wife Renee Baio recently revealed that she was diagnosed with microvascular brain disease.

The former stuntwoman, Renee, answered a fan on twitter that she learned about the disease four months back.

Besides having 2 meningioma brain tumors, in Oct 2017 I also learned I have Microvascular Brain Disease. @Jerseyshore06

It is not the first time that Renee is diagnosed with brain disease. Earlier she was diagnosed with two meningioma brain tumors. The couple, Scott and Renee has been married for over a decade and shares a daughter, Bailey DeLuca, 10, together.

The devasting news was also shared by Scott,57, who wrote on twitter offering his support. He wrote:

“Unfortunately, this is true. Renee is forever my rock, my life & my soulmate! Toughest person I know.”

In talks with The Blast, Scott told that the doctors diagnosed Renee with a moderate chronic microvascular disease. He further added about the condition of Renee and explained that she must live a stress-free life now.

“She was a former stuntwoman and had a massive brain injury in ’92 due to a jet ski accident. We don’t know if her tumors and this new disease have anything to do with this. All we know is she must live as stress-free, depression free and anxiety free life as possible and a get good amount of sleep each night. This new disease can cause strokes and dementia.”

A month back, Scott was accused of sexual misconduct on the set of the1984-1990 show by Nicole Eggert and Alexander Polinsky. When he was asked about the accusations, he denied both claims.