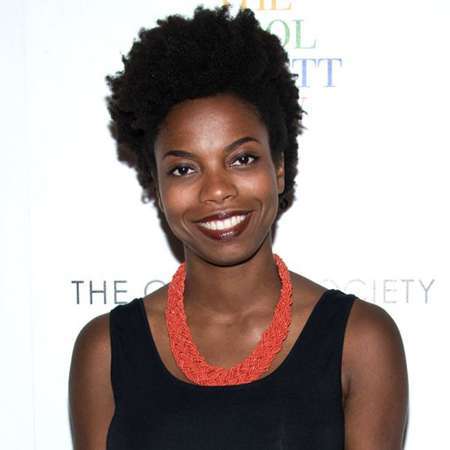 Sasheer was born on May 6, 1986 in Indianapolis, Indiana. Her mother name is Ivory Steward and her father was a Lieutenant Colonel in The Air Force. She graduated in 2008 from University of Virginia with a Bachelor degree in Arts. She was a member of a comedian troupe, Amuse Bouche. She is also a Graduate of the Public Allies AmeriCorps Program created by Michelle Obama. Since 2009, he has been regularly performing at the Upright Citizens Brigade Theater in NYC.

She has also been co-starred in a hidden camera series Primetime: Would You Fall for That? and she was also a cast member in TV series Hey Girl. She has also appeared on Totally Biased With W. Kamau Bell, Inside Amy Schumer and CollegeHumor. Sasheer stars in a web series called Pursuit of Sexiness. Zamata uploads videos on YouTube impersonating Rihanna, Nicki Minaj, Tyra Banks, Beyonce and Michelle Obama. In 2014, Zamata joined the hit show Saturday Night Live. The show was criticized by saying that no black female cast has been casted so Zamata became first black female cast after Maya Rudolph left the show in 2007.

She first debuted in an episode where Drake was hosting, as a player where she impersonated Rihanna which received a positive response from audiences and soon she got promoted to repertory player. In 2009-2010, she also served the Bed Study in The New York Program. Zamata has Written, Direct and Produced many short films, TV series like Beyonce as a mommy, Tyra Banks Exclusive 2010, Black Superheroes, UCB Comedy Originals, Tie, Subway Rush, White Powder, This American Life: One Night Only at BAM, Best Buy Real Home Theater Experience, Fodder, Storytime and Michelle Obama's Breaking Point and has acted in all of them including Abelism, Yoga Hosers, Sleight, Prom Queen, Little Horribles, Intimate Semaphores, the Crumb of It, Grow a Guy, The Jay Z Story, Lucas Bros Moving Co, Acids Tests, Pursuit of Sexiness, Inside Amy Schumer, Deidra & Laney Rob a Train, Jest Originals, The Re-Gift, Sticks and Stones and many more. Pursuit of Sexiness was enlisted as one of the Top Web Series of 2013. Her estimated net worth is about $1 Million which means she earns quite good amount of salary. He possesses a height of 5 Feet and 7 Inch and a weight of 65 kg. In 2014, she was also listed as one of the 13 funniest women to watch by Cosmopolitan Magazine.

Sasheer Zamata is indeed a good writer, director and a comedian but she is also good at keeping her personal life a secret. No much news has been heard about her affairs, boyfriend or any other past relationships. So having no data or news about her relationships only means that she is probably single which means she is not married. Being a standup comedian is not as easy as it seems but she has taken every responsibility very carefully and smartly. According to her birth date, her age is 30 years old. Being in her early 30s, still she is maintaining her status as single. Still now, she is very determined about her career. Her bio is on many sites like IMDb, wiki, etc.