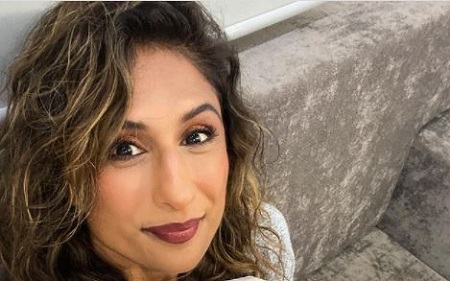 Sarayu Blue, born Sarayu Rao is an American actress with Indian family background. Turned professional in 2002, the American Conservatory Theater graduate got TV attention through roles in Sons of Tucson (2010) and marked a career breakthrough with works in No Tomorrow (2016- 17) and I Feel Bad (2018).

With nearly 2 decades in the acting industry, Rao records 46 acting credits including the most recent notable role in Medical Police (2020). Her feature film prominence came through Lions for Lambs (2007) and later worked in Blockers (2018), To All the Boys: P.S. I Still Love You (2020), and Happiest Season (2020).

What Is Sarayu Rao Age And Height?

Sarayu Rao Blue was born on March 7, 1975, in Madison, Wisconsin, the United States. An American by nationality, Rao comes from an Indian family background; her parents are Velcheru Narayana Rao and Nidadavolu Malathi, a writer of short stories and articles. 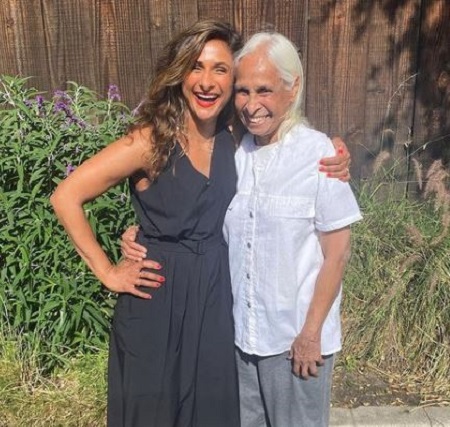 She attended West High School and later enrolled at American Conservatory Theater in San Francisco and graduated in 2005 with a Master of Fine Arts degree in Acting.

Sarayu Blue made her acting debut in 2002 through the drama film Leela but made active participation in on-screen works after 2005, following her graduation. Her notable role was in the 2007 film Lions for Lambs co-starring Robert Redford, Tom Cruise, and Meryl Streep. 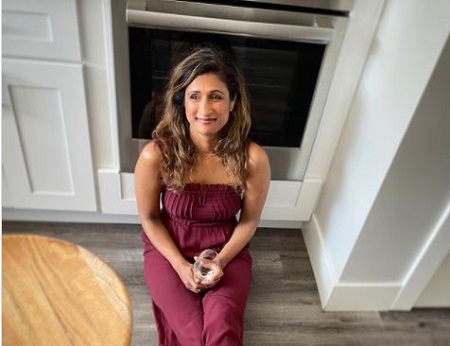 CAPTION: Sarayu Rao is an American actress with Indian family background most known for shows like No Tomorrow and I Feel Bad SOURCE: [email protected]

Huge Turn To Success After 'No Tomorrow'

From 2016 to 2017, the Wisconsin-born actress portrayed the main role Kareema in No Tomorrow (13 episodes) alongside Joshua Sa s se, Tori Anderson, and Jonathan Langdon.

Following guest roles in Station 19 (2018) and Wisdom of the Crowd (2018), Sarayu was cast in the lead role Emet in the comedy TV series I Feel Bad (2018, 13 episodes). The series starring Paul Adelstein, Madhur Jaffrey, and Brian George was canceled after a season.

Then, from 2019 to 2020, Blue made recurring appearances in The Unicorn. Her 2020 TV appearances include Medical Police (7 episodes), Mira, Royal Detective, and The Rocketeer. 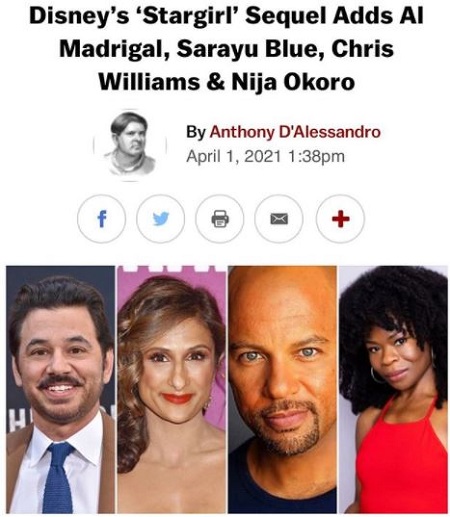 CAPTION: Rao is all set to star in Disney as one of the cast members of the Stargirl sequel SOURCE: [email protected]

In April 2021, the actress revealed that she was one of the casts of the upcoming Stargirl sequel. She revealed the news via Instagram with a caption:

Absolutely THRILLED to be joining @Disney’s @stargirl sequel!! Honored to work alongside this spectacular cast, and with the magnificent, @juliamhhart!! Let’s goooo!! ðŸ’«âœ¨ðŸŒŸ

In 2018, Sarayu Blue played Marcie Mannes in the critically acclaimed film Blockers featuring Leslie Mann, Ike Barinholtz, and John Cena. Then, in 2020, the American actress was cast in the films: To All the Boys: P.S. I Still Love You and Happiest Season; the latter movie starred Kristen Stewart and Mackenzie Davis.

The IMDB reports that Rao is currently working on her upcoming comedy-romance film To All the Boys: Always and Forever, Lara Jean, where she will portray Trina Rothschild co-starring Noah Centineo and Lana Condor.

She is set to appear as Ameni Avvari in the TV movie Under the Bridge (completed) but is yet to receive a release date.

Sarayu Blue already records 46 acting credits throughout her career journey of nearly 2 decades since her career inception in 2002. Even though the actress famous for her works in the TV series No Tomorrow and I Feel Bad is yet to reveal her payroll, she allegedly earns $80,000- $100,000 per episode.

Thus, with such acting prominence and on-screen works, Sarayu owns an estimated net worth in the 7-digit figure, approximately $2 million in December 2020.

Who Is Sarayu Blue's Husband?

Sarayu is a happily married woman and lives with her husband Jonathan Blue in Los Angeles, California.

Her husband is Jonathan currently works as the Director of Creative Development at ReKon Productions, which he joined in 2012. He is a graduate of the University of Southern California with a Bachelor of Arts degree in Cinema-Television Critical Studies. 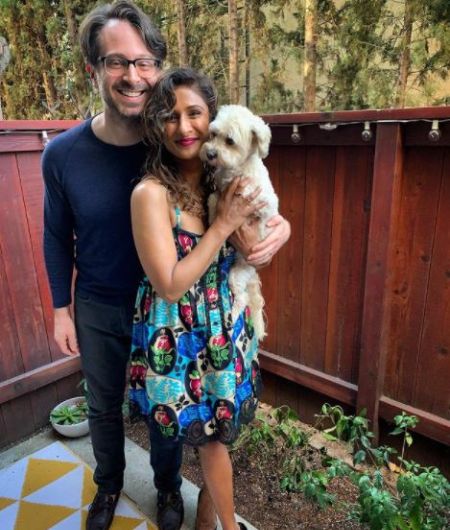 However, the couple is yet to share details on their relationship beginning and their wedding. They are yet to share children.