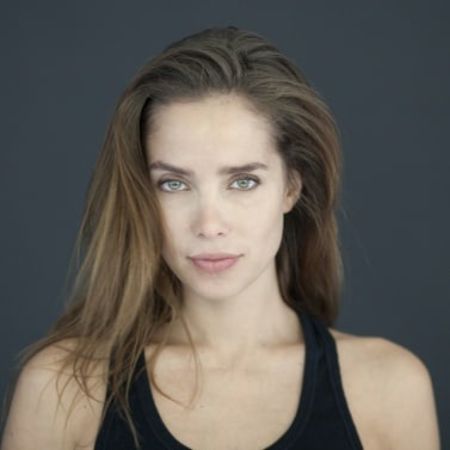 Sarai Givaty is an Israeli actress and model who has appeared in The Pa s sage, The Legend of Hercules, Expendables 3, Words with Gods and Body of Deceit.

She has been married to an Israeli businessman, Or Lovos**tz, with who she shares an adorable son. The family resides in Tel Aviv.

Sarai Givaty was born on June 24, 1982, in Tiberias, Israel, in an Israeli family, under the birth sign Cancer. She doesn't have a brother or sister.

She is of Israeli nationality and belongs to white ethnicity. As for the height and weight of Givaty, the actress is 5 feet 7 inches (171 meters) tall and 58 KG (128 lbs).

Givaty completed her schooling in Tiberias, Israel. She later moved to New York City where she learned acting at the HB Studios.

Sarai Givaty was previously in a relationship with renowned American actor and director Mel Gibson. The former couple appeared in The Expendables 3 alongside Gibson and Robert Davi in 2014.

When the actress told her parents that she wanted to get married to the Mad Max star, they disapproved him.

The reason behind their disapproval was Gibson's involvement in multiple scandals such as his arrests for alcohol and drug-related incidents, his embittered divorce from his ex-wife, Robyn Moore Gibson, and a disastrous relationship with his ex-girlfriend Oksana Grigorieva.

Gibson welcomed a baby girl with Grigorieva in 2009 and they named their daughter Lucia Gibson. But shortly after, Gibson was charged with domestic violence.

Additionally, a voice recording of Gibson being hurling racist, sexist, and anti-Semitic was also went viral on the Internet.

These are the reasons why Sarai Givaty's parents disapproved Gibson for their daughter.

Currently Married to Or Lovos**tz

As we mentioned earlier, Sarai Givaty is a married woman. The 37-year-old actress has been in a marital relationship with an Israeli businessman, Or Lovos**tz.

he pair tied the knot on September 5, 2014, and ever since they are living a happy married life together in Tel Aviv.

The husband-wife duo welcomed their first child, a baby boy, in 2015.

Net Worth is Estimated to be $500 Thousand

Sarai Givaty is a successful actress who has appeared in several hit films such as The Legend of Hercules, The Pa s sage, Body of Deceit, Expendables 3, Words with Gods.

She has earned a decent amount of money from throughout her acting career. According to multiple online reports, Gicaty has an estimated net worth of $500 thousand.

Her ex-boyfriend, Mel Gibson, has a whopping net worth of $425 million.