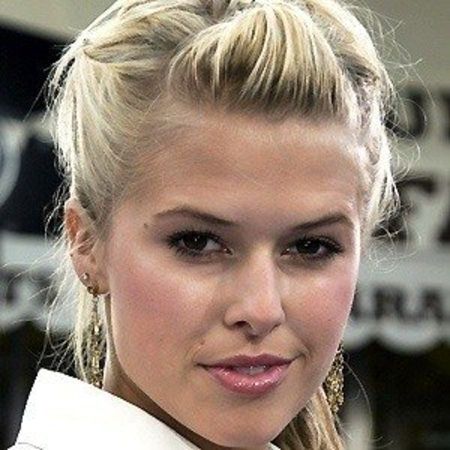 Sarah Wright is an American actress widely known for playing the recurring role of Millicent Gergich in the NBC comedy series, Parks and Recreation.

Wright, who was previously married to with A. J. Mason, has currently been married to Eric Christian Olsen with who he shares two children.

Sarah Wright was born as Sarah Fay Wright Olsen on September 28, 1983, in Louisville, Kentucky, the United States of America, under the birth sign Libra.

She is the daughter of Robert Wright and Debbie Wright. Her father is a preacher and dental technician. She was raised along with his brother, Samuel Wright.

She is of American nationality and belongs to white ethnicity. She stands at a height of 5 feet 9 inches (1.75 m). As for her educational background, she has studied at Seneca High School and Hart County High School.

Sarah Wright made her television debut with the role of Paige Chase in the Fox comedy sitcom, Quintuplets. She appeared on the show for a year alongside Rebecca Creskoff, Ryan Pinkston and Andy Richter.

From 2005 to 2006, Wright appeared on numerous television such as CSI: Miami, Malcolm in the Middle and The Loop.

In 2006, Wright was cast as a series regular, Jane, on the CW series 7th Heaven along with Beverley Mitchell, Stephen Collins and Mackenzie Rosman.

In 2011, she was cast for a recurring role of Susie in the CBS comedy series, Mad Love, and Millicent Gergich on the NBC show, Parks and Recreation.

In 2017, Wright appeared as Lucy Seal in the action crime film, American Made, alongside co-starred alongside Tom Cruise.

Since January 1, 2020, he has been appearing in the Netflix show, Spinning Out.

Being one of the successful film and television actresses, Sarah Wright has added a huge amount of money to her bank account.

Wright has not disclosed her exact net worth to the public, however, sources have estimated that the total fortune of the 36-year-old Parks and Recreation star is around $3 million.

Her 2017 crime drama film, American Made, had a box office collection of $134.9 million against the budget of $50 million.

As we mentioned earlier, Sarah Wright was previously married to A. J. Mason; the former couple tied the knot in 2005 but they got a divorce just one year later.

After 5 years of split from A. J. Mason, Wright announced her engagement to actor Eric Christian Olsen during an episode of The Talk. 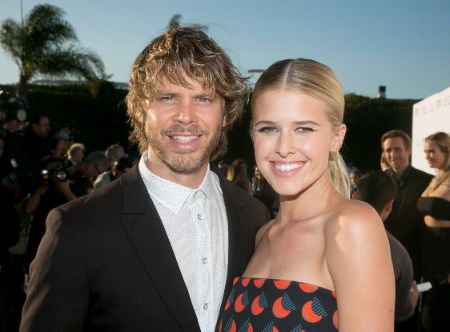