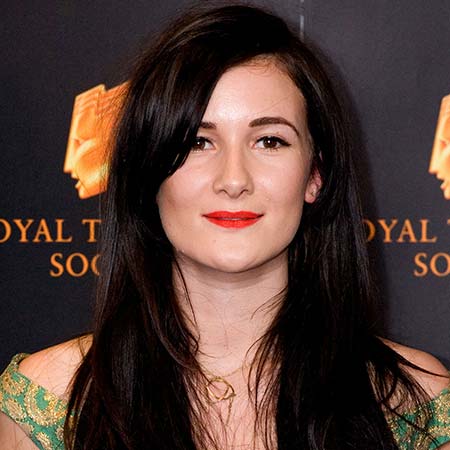 Born and raised in Camden, London, Sarah Solemani is regarded as one of the prominent faces in the field of acting. She first gained attention after her iconic role in the BAFTA-winning sitcom Him & Her. Similarly, her smashing performance in the huge box office hit movie Bridget Jones's Baby brought her tremendous popularity as well as a nomination for the Evening Standard Best Actress Award. She is also well known for her work in Bad Education.

Sarah Solemani was born on 4 September 1982, in Camden, London, the United Kingdom to Persian Jewish, a former mathematics lecturer. Her mother Rachel Solemani was a sociology teacher who died of cancer when she was 16. She holds British nationality and her ethnicity is mixed.

Solemani did her A levels at the Henrietta Barnett School and later went on to enroll at New Hall, Cambridge graduating with an MA. Following her graduation, Sarah joined the Cambridge University Footlights Dramatic Club where she held many high-level posts like social secretary as well as Vice President.

In order to write the biggest all-female comedy sketch, Solemani went down in Footlights history.

Sarah Solemani began her career performing in many theatrical plays like National Youth Theatre, The Graduate, Sanctuary, and many others. In 2011, she won the Old Vic New Voices 'Ignite' award after writing The Baron.

Following her mind-blowing performance in a bunch of plays, the actress got her first big screen role in a 2005 movie Mrs. Henderson Presents. In the movie, she featured along with Judi Dench and Kelly Reilly as well.

Solemani started making a name for herself after she took the role in hit BBC Three sitcom Him & Her. She later appeared in the BBC Three comedy, Bad Education, The Bad Education Movie, The Wrong Mans, and Love Matters.

In 2017, the actress was a cast in the TV series No Offence sharing the screen along with Elaine Cassidy and Saira Choudhry. Her upcoming project is a comedy movie How to Build a Girl.

Prior to movies and TV series, Solemani has worked as a writer for many reputed magazines which include The Guardian, The Independent, Harper's Bazaar, and New Statesman. She currently writes for Red and Glamour.

Sarah Solemani's Net Worth And Earnings

Sarah Solemani has earned a decent amount of money from her various professions. According to some reliable sources, her net worth can be believed to be over $1.2 million. Solemani has worked for many popular publications and is paid over $67,230 a year.

The actress has also landed in a number of major roles in many box office hit movies one of them was Bridget Jones's Baby (2016). The movie became a box office hit collecting $211 million worldwide.

In 2018, Solemani bought the house from the singer Nikka Costa for $1.788 million in Studio City. The 3,500-square-foot house features three-bedrooms including coffered ceilings, brick accents, and floors of hardwood. Costa purchased the house for $1.24 million in 2014.

Her unbelievable acting skills also brought Sarah Solemani numerous awards. In the year 2011, the actress won the Royal Television Society award under the category Best Comedy Performance for her role in Him & Her. A year after, she became one of the year's Broadcast Hot Shots.

Solemani is likewise involved in many charitable organizations and has been against the criminalization of sex work since 2002.

Sarah Solemani is a married woman. She exchanged the vows with a sustainable investment expert Daniel E. Ingram, on June 3, 2002. They organized their wedding ceremony in Petah Tikva, Israel.

The couple has been together for nearly seven years and still shares the strong bond of love. The actress and her family spend their time partially in London and partially in Los Angeles.

Sarah is less active on social media, however, often uses Twitter which has 40.5 k followers. as of May 2019.