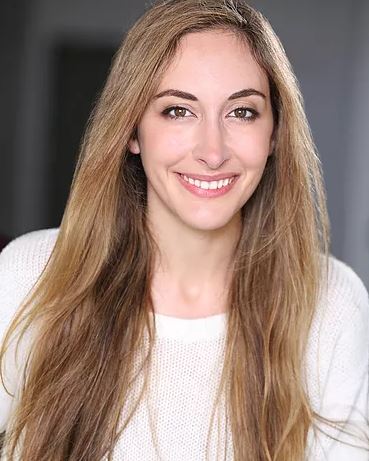 American voice actress, Sarah Natochenny is well recognized for providing the voice of Ash Ketchum in the Japanese animated English dub TV series, Pokemon. She voiced the character since 2006 to date.

Sarah Natochenny was born on 20th September 1987 in New York City, New York under the birth sign Virgo. Natochenny is American by nationality and belongs to Caucasian ethnicity. When she was young, her father used to speak in Russian whereas she used to answer in English due to which she can fluently speak in Russian.

Natochenny was born to pianist father and violinist mother. When she was 12, she won a bronze medal in rhythmic gymnastics in the Junior Olympics.  Later, she attended the Young Actors Studio at the Lee Strasberg Theatre Institute. She also worked with Upright Citizens Brigade and Magnet Theatres.

When she was young, she also learned dancing.

Sarah Natochenny started her career in acting in 2006. She gave an audition for the role of Ash Ketchum in Japanese anime English dubbed TV series, Pokemon. She was selected for the show’s ninth season replacing Veronica Taylor. She worked in the series in 2006 with Ikue Otani, Eric Stuart, Kayzie Rogers and Rachael Lillis.

Her work in the TV series was highly appreciated the audience. Currently, the series is in its ninth season.

In 2014, she voiced in several animated TV series. The year, she voiced Twinkle in French-German animated, Super 4 with Alyson Leigh Rosenfeld, Damien Ferrette and Franck Lorrain. Some of her other works are Robin Hood: Mischief in Sherwood, Robocar Poli, World of Winx, Jungle Book, and Peter Pan.

In 2016, Natochenny voiced Xavi in the movie, Sheep & Wolves with Tom Felton, Ruby Rose, Ross Marquand and China Anne McClain. She also voiced in the movies like Axel: The Biggest Little Hero and Pokemon the Movie: I Choose You!.

She also voiced in several video games, such as Thor: The Dark World, Asphalt Overdrive, White Day and Gangster Vegas. In 2007, she voiced the lead character, Alicia on the Xbox 360 video game, Bullet Witch.

Sarah Natochenny's estimated net worth is in 6 digit figure, however, the amount is still under review. As per some online sources, the average salary of a voice actor ranges between 50k-$80k per year.

Her 2017’s voiced movie, Pokemon the Movie: I Choose You! earned $37,139,794 at the box office. IMDb rated the movie 6.5 stars out of 10. She shared the screen with Ikue Otani, Rica Matsumoto, Unsho Ishi, Unsho Ishizuka and Shoko Nakagawa.

Sarah Natochenny, the voice actress, is single in the present days.

Here is the video, where Sarah Natochenny talks about her early life and career: