What Is Sarah Dunsworth's Age and Height?

Sarah Elizabeth Dunsworth is one of four children to late actor John Dunsworth and his wife Elizabeth. Born on January 25, 1976, in Halifax, Nova Scotia, Canada, Sarah is 45 years old as of 2021. She stands 5 feet 7 inches tall.

The red-haired and green eyed-actress maintains a healthy diet. She has a chubby body figure, though the exact body measurement is yet to be out.

Sarah Dunsworth's father, the late John Dunsworth, was an actor as well and even starred opposite Sarah in Trailer Park Boys, as Jim Lahey. John Dunsworth pa s sed away on October 16, 2017, at the age of 71 due to an undisclosed condition. Sarah emotionally called her father's illness "short and unexpected" and stated that he was an "amazing husband, father, and grandfather". 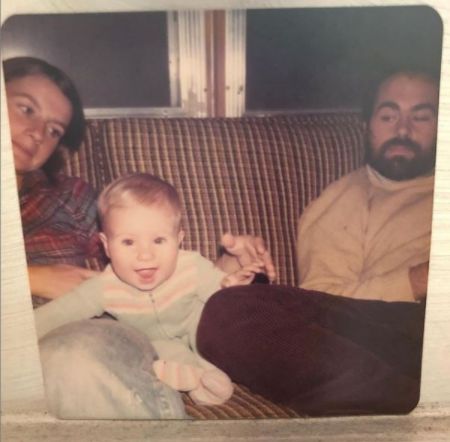 CAPTION: A childhood picture of Sarah Dunsworth with her father and mother SOURCE: [email protected]

Dunsworth grew up with her three siblings; sisters: Zoe and Molly, and a brother named Geoff. Her sister Molly Dunsworth is also an actress who notably worked in the film Hobo with a Shotgun (2011). The latter's other on-screen credits include been seen in such movies as Hobo with a Shotgun, Bunker 6, Septic Man, and Relative Happiness as well as such TV series as Haven, Reel, East Coast, Everyone's Famous, Diggstown, and I am Syd Stone.

Married and Stepmother of Two- Who Is Sarah's Husband?

The Canadian actress enjoys a blissful married life and lives with her boyfriend-turned-husband, Ben Nickerson. As per IMDB, they married on May 13, 2017, and are together ever since.

Her spouse Ben is a musician and rapper; has released albums: Junior High School, Turn Up the Boom Bap, and The 40 Year Old Verison. He goes by the stage name JustBen, and has released songs: The 40-Year Old Version, Junior High High., Real Ones, Pops, Underground, and So Long. 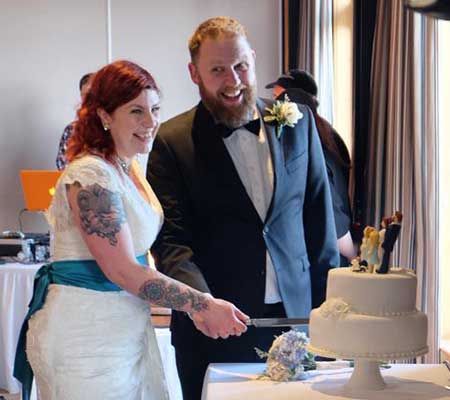 The couple barely could stop themselves showcasing admiration for each other on social media. However, they are relatively low-key when it comes to details on their wedding and relationship beginning.

Until now (as of 2021), they are yet to share children of their own. But, Sarah is the stepmother to the two daughters of her husband Ben from his previous relationship. Both daughters (Ella and Mary) are currently in a relationship (as of this writing). The family has a beagle named Frank.

Ella, 17 years old, is dating Alex Hemeon while Mary is in a relationship with Chase Matthews, a high school basketball player.

Susan's husband Ben is also active on Instagram, as well as her stepdaughters.

Net Worth and Career of Sarah Dunsworth

Dunsworth is believed to have a net worth of around $250 thousand, courtesy of her work on-screen and off the screens. On the other hand, her father had a net worth of $500k at the time of his death.

Sarah Dunsworth was one of the central characters of the Canadian mockumentary sitcom, Trailer Park Boys, throughout its 12-season run, starring as Sarah. She was an integral part of the popular sitcom throughout its original run and its move to Netflix. Among her co-stars were her father, as well as John Paul Tremblay, Robb Wells, Mike Smith, and Patrick Roach, among others.

She reprised her role for the animated version of the series on Netflix, Trailer Park Boys: The Animated Series. 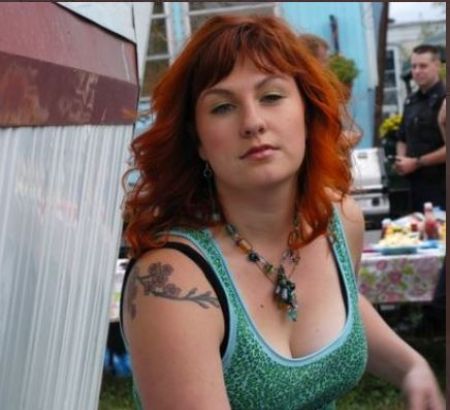 Besides her work on-screen, Dunsworth is also a costume designer (and occasional production designer, casting agent, and a s sistant director) who has worked on Trailer Park Boys as well as on other shows like What Would Sal Do? and movies like Hobo with a Shotgun, Moving Day, Relative Happiness, and Your Money or Your Wife.