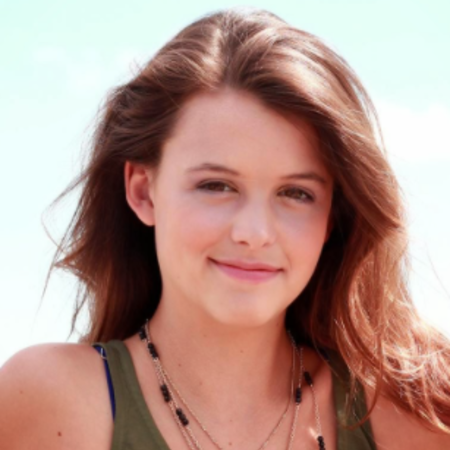 Sara Waisglass is a young Canadian actress and model famously known for playing Frankie Hollingsworth in the television series Degrassi: The Next Generation. Likewise, she played the same role in Degrassi: Next Class. As of now, she appears as Maxine Baker in Netflix's comedy-drama Ginny and Georgia.

Sara Waisglass was born on 3rd July 1998 in Toronto, Ontario, Canada to Tess Waisglass and Jeff Waisglass. She grew up with her elder sister, Carly Waisglass.

Regarding her educational background, she did her schooling at Earl Haig Secondary School. She attended the York University. As per nationality, she is Canadian. She is currently 22 years old who stands at an average height of 5 feet 5 inches or 165 cm.

In 2007, Waisglass made her on-screen appearance as an eight-year-old Jane in the television series The Jane Show. A year after, she was cast in the drama-thriller movie Afterwards.

Likewise, she played the same role in Degrassi: Next Class from 2016-to 2017. She went on to star as Robyn in the drama film Mary Goes Round in 2017. From 2018-2019, she appeared as Lyla in the series Holly Hobbie. Similarly, she played Madison St. Claire in the series October Faction in 2020. The same year, she was seen as Anna in the crime-drama film Tainted.

As of now, she appears alongside Scott Porter, Nikki Roumel, and Katie Douglas in Netflix's comedy-drama Ginny and Georgia as Maxine Baker.

Is Sara Waisglass Dating Anyone?

Sara Waisglass is believed to be single and not dating anyone at the moment. However, she seems very close to a guy named Jeremy Kellen on her social media. The two frequently share pictures on their respective social media. But, it is still unknown whether they're just good friends or a couple. She is active on Instagram @sarawais and has whopping followers of 1.5 million. She has a dog named Gilly. The actress often uploads pictures from her work life.

As of 2022, Sara Waisglass's net worth is reported to be around $3 million, whereas back in 2021, the young Canadiana actress had an estimated net worth of $1 million, which she garnered from her professional acting career.

The actress has worked in television series like October Faction, Ginny & Georgia, Degrassi: The Next Generation, and movies such as Afterwards, Mary Goes Round, and Life, which brought a huge fortune to her net worth. As per Influencer Marketing Hub, her estimated earnings per post is $3,123.75 - $5,206.25.