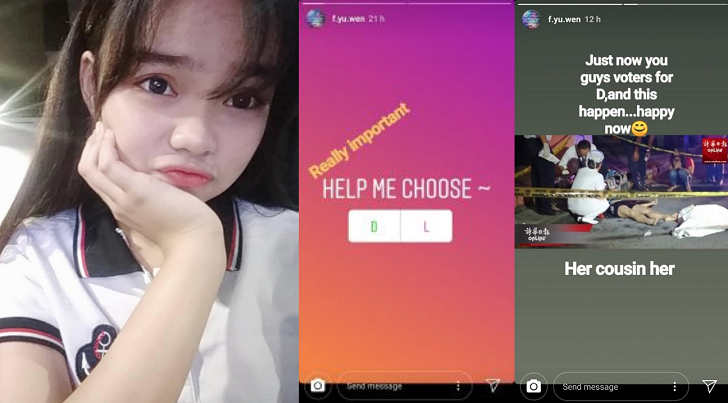 Sixteen Years Old Malaysian Girl Reportedly Killed Herself After Posting A Poll On Her Instagram Account, Asking Her Followers Deciding Life And Death.

A teenage girl from Malaysia killed herself after posting a poll on her Instagram account asking her Insta followers if she should die or live and 69% responded she should.

Police in the eastern Malaysia state Sarawak claimed that the girl, whose detail identity has not been revealed, posted a poll on the picture sharing the app with the message writing “Really Important, Help Me Choose D/L.” 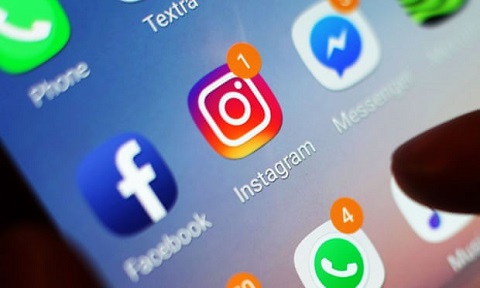 CAPTION: Sixteen years old Malaysian girl reportedly killed herself after posting a poll on her Instagram account SOURCE: The Guardian

After 69% responders voted for death, she killed herself. After a few moments later, the responders responded to death, she jumped off the roof of a building in Sarawak, East Malaysia.

Again after around 24 hours, the poll showed 88% of her Instagram followers voted L meaning Life for the departed. The polls may vary within 24 hours.

The identified girl, Davia Emilia, had a long history of battling with depression. The reports have claimed that she was suffering from mental illness and fighting depression for a very long time. 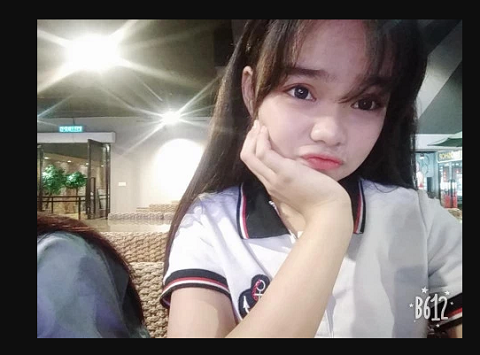 The teenage girl’s death has triggered numerous high-profile reaction across Malaysia with politicians claiming that the issues should not be treated as an isolated case.

The tragedy fired a huge controversy among Malaysian politicians appealed that the case looked like a delicate case.

A lawyer suggested that the reason behind her death are those people who have voted her to die, and they could be guilty of abetting suicide.