Sanai Victoria is an American-born young actress and voice artist known for her role as Lynne Payne in Oprah Winfrey's The Paynes. Her other acting credits include No Good Nick, Modern Family, All About the Washingtons. The Californian gem currently plays Melissa in the Disney+ series Diary of a Future President.

Sanai Victoria is 14 years old as of 2021. She was born on January 15, 2007, in Los Angeles, California, in the United States. Her mother's name is Tanesia Victoria.

She is American as of nationality, and her ethnicity is Afro-American. Her family follows the Christian religion. Her zodiac sign is Capricorn. She has a height of 5 feet 1 inch, i.e., 1.55 meters, and a weight of 42 kg.

There is no detail on her education; however, she is currently studying in high school. She started her piano, gymnastics, voice, and dance cla s ses at the age of two.

Child actor Sanai Victoria first put her footsteps on the acting world when she appeared in many commercials, including Chrysler, Disney, Centurylink, MasterCard, McDonald's, Samsung, Honda, and more.

In 2015, she got two television roles in Black-ish and Future Shock. The next year, she did a voiceover of Tessa in the animated series Little People. 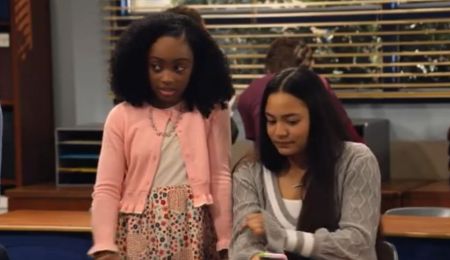 She has guest appeared in the TV series Lab Rats: Elite Force, Bixaardvark, and TV movie Beaches. She provided her voice as Phoebe in the animated short series Vampirina in 2017.

Likewise, she also did a voiceover of Treasure in the animated Whisker Haven Tales with the Palace Pets from 2015-2018. She played Lynne Payne in Oprah Winfrey's The Paynes in 2018. The same year, she made an appearance in the series All About the Washingtons.

Since 2020, she is playing Melissa in the Disney+ series Diary of a Future President alongside Selenis Leyva, Jessica Marie Garcia, and Charlie Bushnell.

She competed in a National American Miss pageant when she was six. However, she finished becoming 2nd runner-up Queen, Miss personalty, and 1st place in talent against 105 other contestants.

Furthermore, she also became Miss personality in the year 2016.

Teenager Victoria Is Already A Millionaire

As of March 2021, Sanai Victoria has an estimated net worth of $2 million. She earns a decent sum of fortune from her acting career.

She took up to $8,000 to $15,000 per episode from the television series. She has appeared in TV series such as The Paynes, No Good Nick, and Diary of a Future President.

Sani Victoria is still very young to be in a relationship. Well, she is currently focusing on her study along with her acting career. She lives in Sherman Oaks, California, with her family. 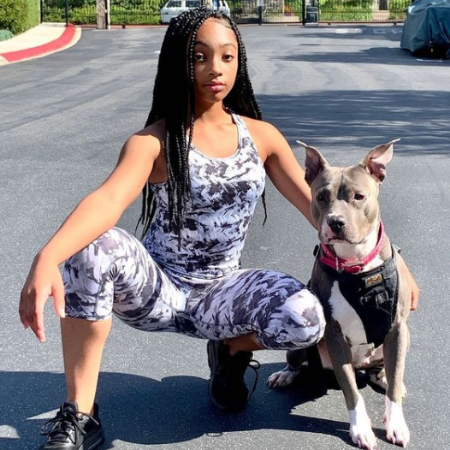 Victoria has a dog named Sasha Fierce, which is an American Pit Bull Terrier breed. She has featured her dog numerous times on her social media and claims she is her one true love. As of March 2021, she has 60k followers of her Instagram.