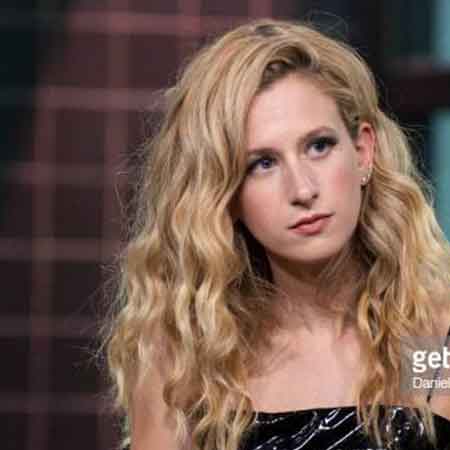 Samantha Gongol is an emerging American singer who found her way to the music industry from the duo group Marian Hill. In the band, the singer is accompanied by the other half Jeremy Llyod. After forming the duo in 2013, they released their debut album titled Act One, in 2016 and in May 2018, the musical duo released their second studio album titled Unusual. Besides being a music partner, Samantha and Jeremy are enjoying a romantic relationship for several years now.

Samantha Gongol was born on 14 April 1990 in Bryn Mawr, Pennsylvania. Her birth name is Samantha Lee Gongol. Her zodiac sign is Aries according to which she is a creative and logical person.

There is no information about her parents and siblings. Gongol attended Haverford High School and later she studied music business at the New York University.

Samantha Gongol was involved in the music industry from her middle school days. Gongol used to perform in several programmes at her schools. Following her dream, she moved to New York to pursue her career as a singer and songwriter.

Amid her musical journey, she met with Jeremy Lloyd an aspiring musician. Together with Jeremy, Gongol eventually formed an American songwriting duo Marian Hill in 2013. In that group, Lloyd is a production artist and Samantha is the vocalist.

Continuing their flourishing musical journey, the group eventually came up with their debut album Act One in June 2016. The album includes singles like Sway, Back to Me, and others. The single Back to Me features the renown American singer Lauren Jauregui.

Recently Gongol and Lloyd released their second album titled Unusual in May 2018.

The emerging musician Samantha Gongol has had worked in a handful of songs. For her decent career of several years, the singer of the group Marian Hill is probably making an impressive amount of money. However, there is no detail and reliable information about the singer's current net worth figure.

Samantha Gongol prefers to maintain privacy in her personal life thus she hasn't revealed much information concerning her family life. But being a celebrity, one can barely hide their private affair from the public. Samantha is in a love relationship with her partner Jeremy Lloyd for a long time now.

There are even reports of the Gongol and Lloyd's marriage as well but the couple is yet to talk about their relationship. For some reason, the singer doesn't prefer to show off her love for her boyfriend in public.

Samantha Gongol is available on Instagram and Twitter but she not so active regarding both her personal and professional matters.

Here's a video of Samantha Gongol with her Marian Hill partner Jeremy Lloyd.